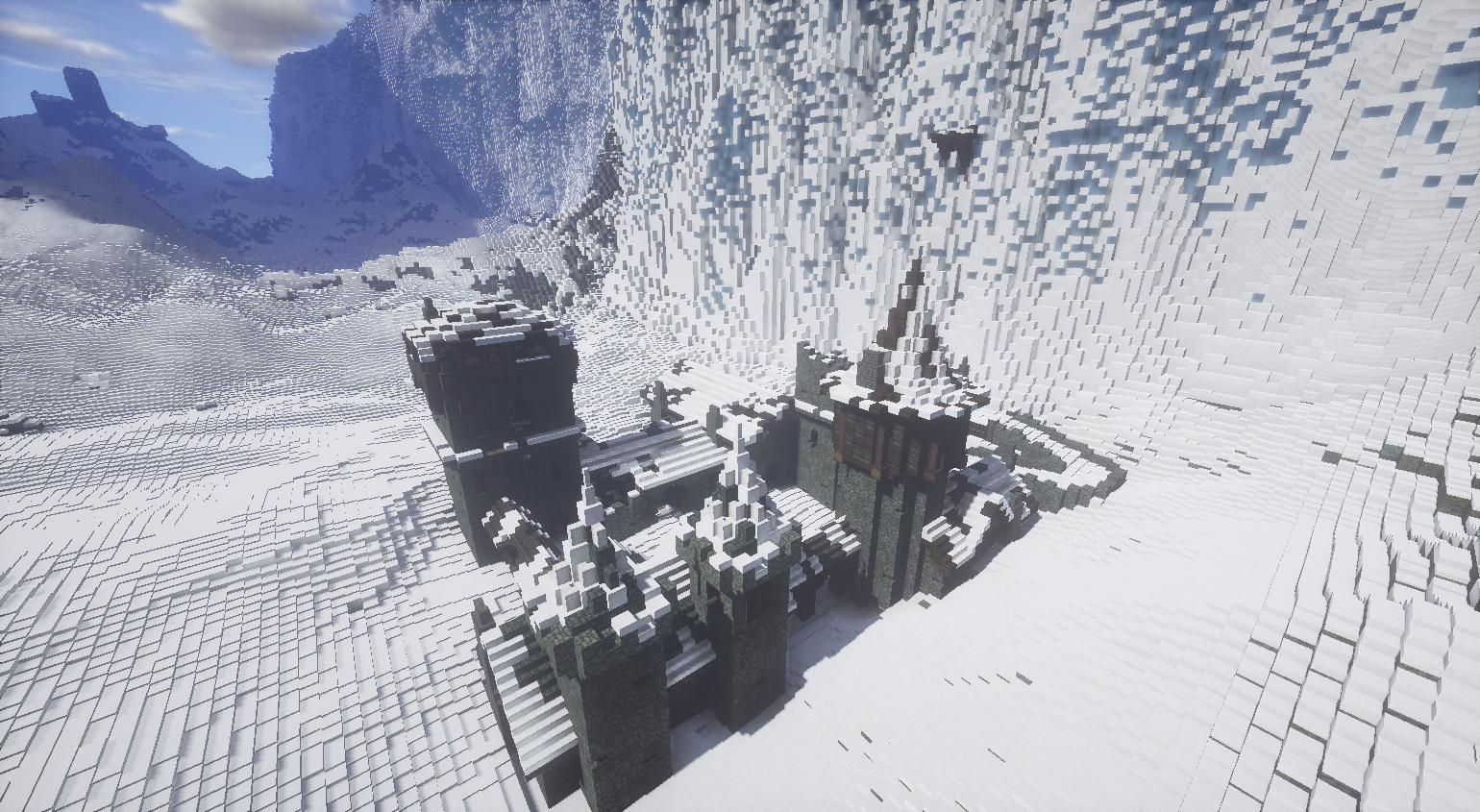 Stonedoor is the fifth castle along the Wall starting from the west, located between Greyguard, west, and Hoarfrost Hill, east. In its days of service, Stonedoor used to be one of the largest castles along the Wall. It has been abandoned for a long time, but most of the castle still stands today, making it one of the castles fit to re-garrison.

Stonedoor was a solo project completed herm1456. Construction started on the September 19, 2015 and it was completed less than a month later, on October 13, 2015. The current build replaces a older version completed by Roble0812 in 2013.

Stonedoor was inspired by Castle Black, the primary wall castle, which was recently finished at the time. The layout and condition of Stonedoor is discussed in the books and followed closely when planning the redo of the castle.

Stonedoor was featured in Episode 70 of WesterosCraft Walks. It was the first episode that featured electricthrusts (Lucia) as co-host with HardzzGaming. The duo explore the ruined fort and explain a little about the history of the Night's Watch and the abandoned wall castles.