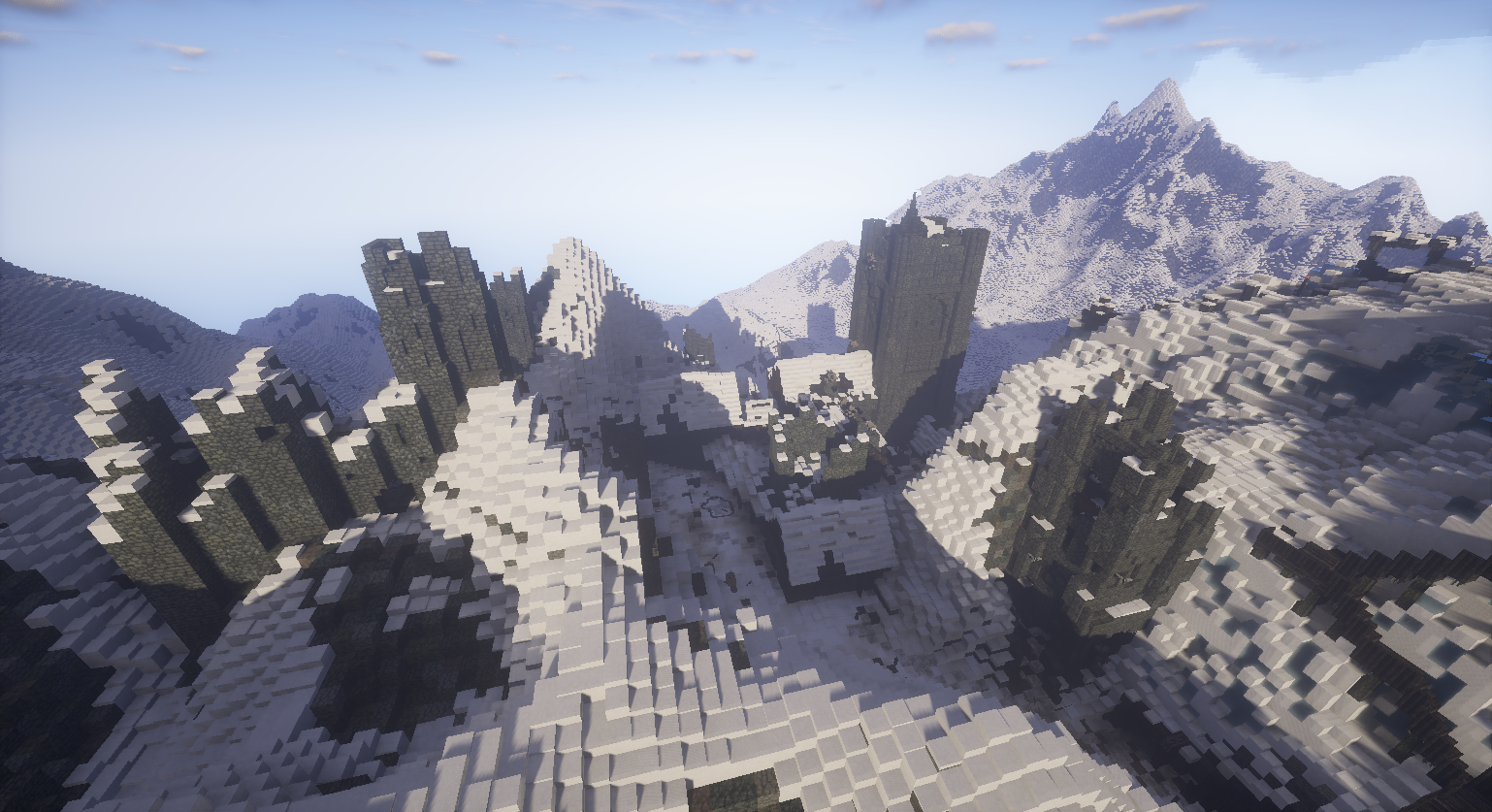 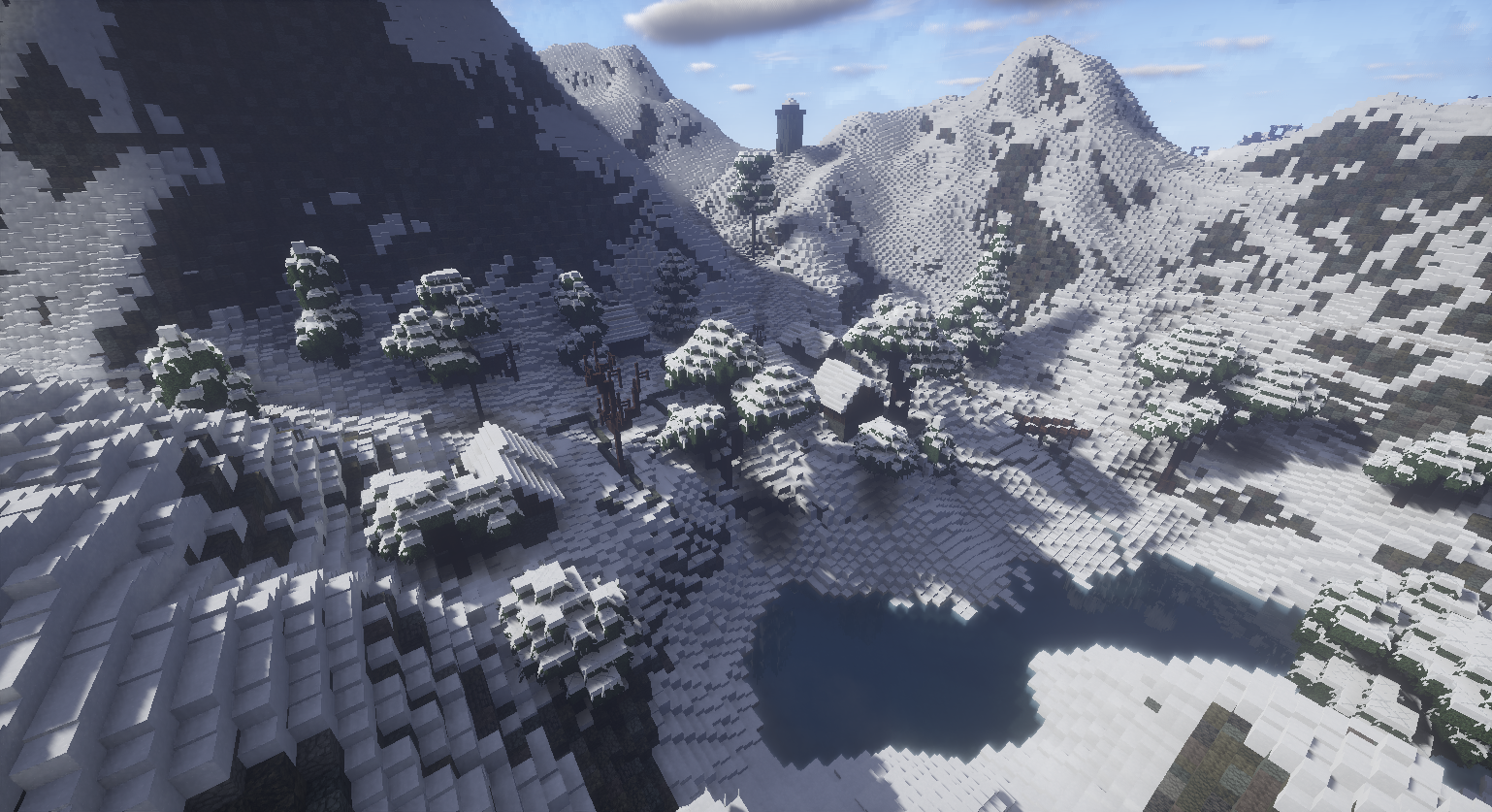 The Shadow Tower is amongst the three castles along the Wall that are occupied by the Night's Watch. It is located nearby a mountain range at the western end of the Wall. It lies west of Sentinel Stand and east of Westwatch-by-the-Bridge, both abandoned castles.

The tower is commanded by Ser Denys Mallister and, as of book one, has a garrison of about 200 men. Since it is one of the few manned castles, the local maester, Mullin, and the commander maintain constant communication with Castle Black, where the Lord Commander is located.

The Shadow Tower was Planned from February 2018, started on 25th October, approved, then completed on the 10th December 2018.

The inspiration for this castle came primarily from Artwork and Corfe Castle under snow.