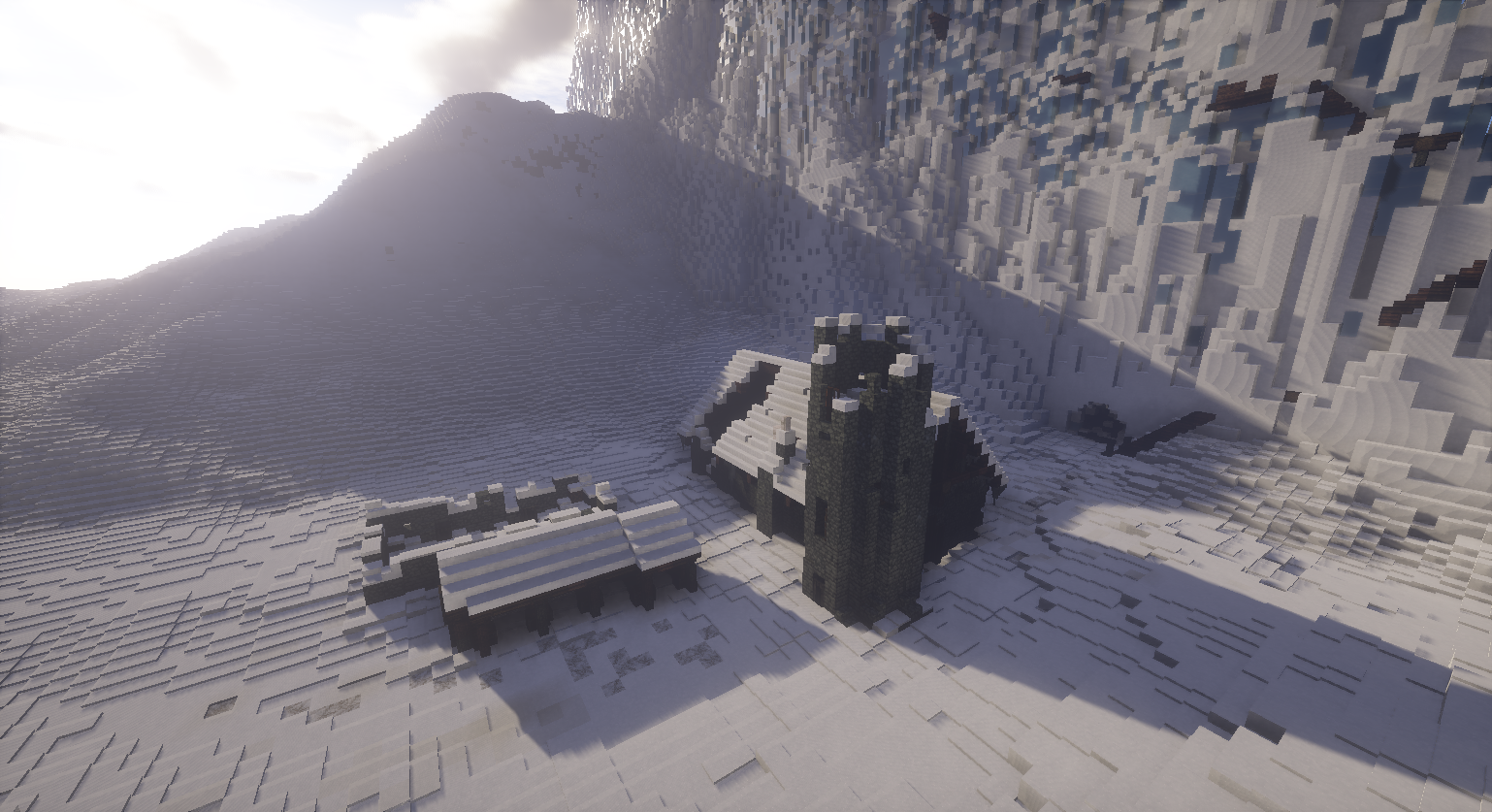 Sable Hall is one of the multiple castles at The Wall whose role was to keep the Realm safe from what lurked beyond it. As the Night's Watch numbers dwindled, Sable Hall was eventually abandonned and left to disrepair. It is located west of west of Rimegate and east of Woodswatch-by-the-Pool.

Sable Hall was originally built by starcat98 in 2013, but as the server progressed and new blocks and tecnices were developed, it was decided that a new map should be done, along with many castles. As such, the old Sable Hall was left in the old map and can still be visited, being just west of the old Rimegate (/warp rimegateold).

On 2018, jMp007 then decided to apply to a new Sable Hall, with the project being approved on 2nd of June 2018. jMp worked on the ruins and the snow around them and after the adress of some points raised by the approving mods, Sable Hall was declared done in 29th of May 2019.