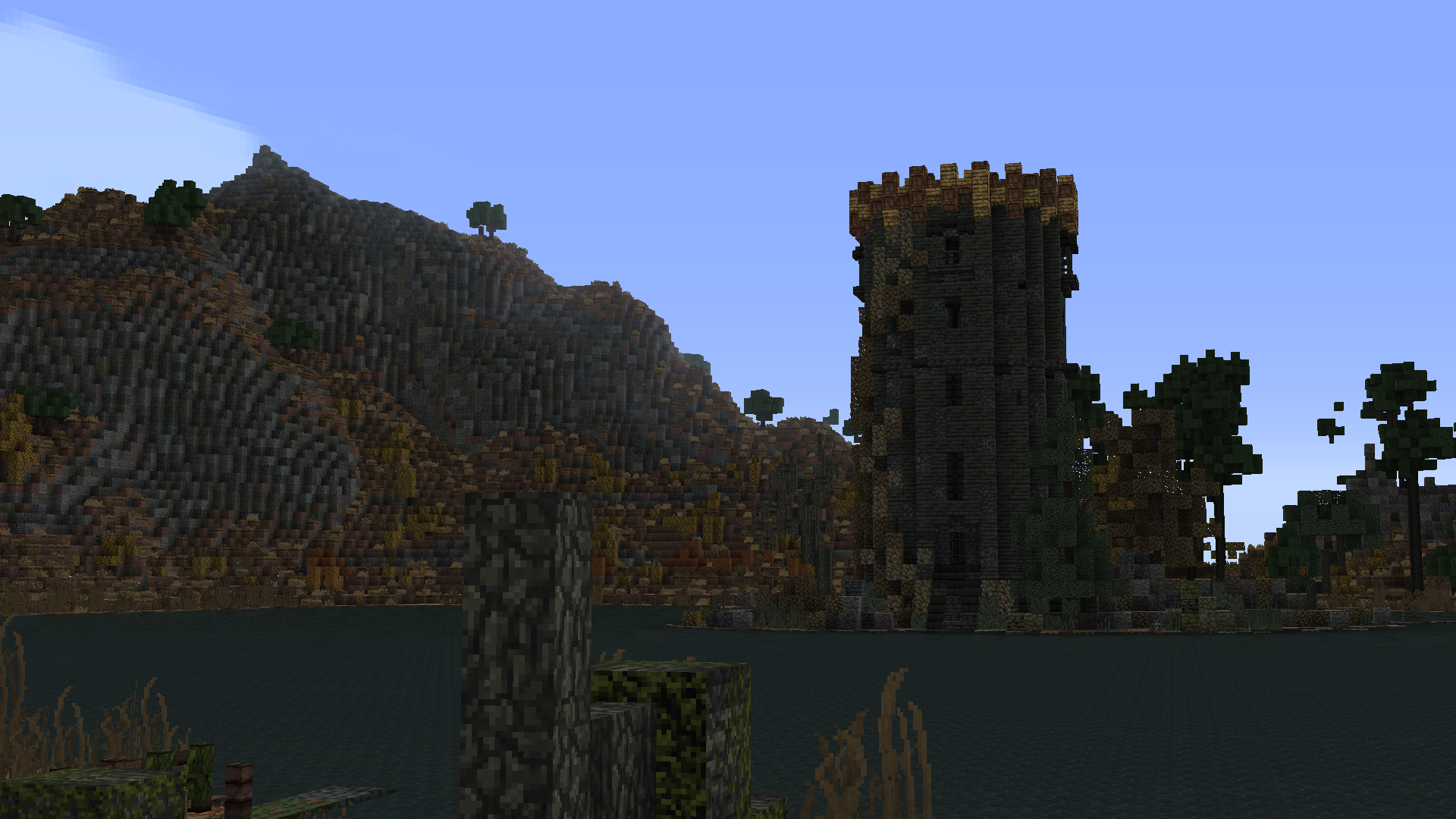 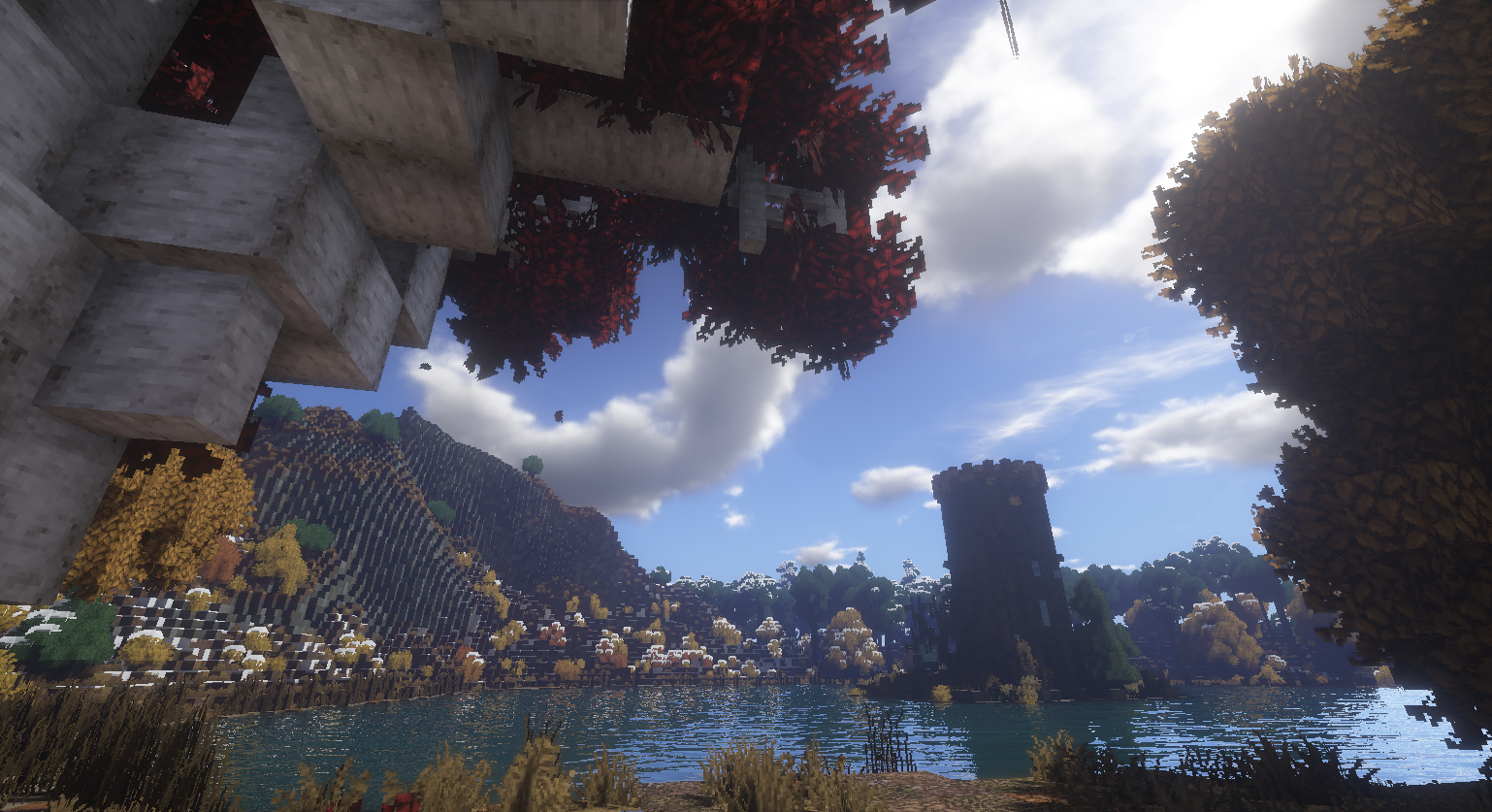 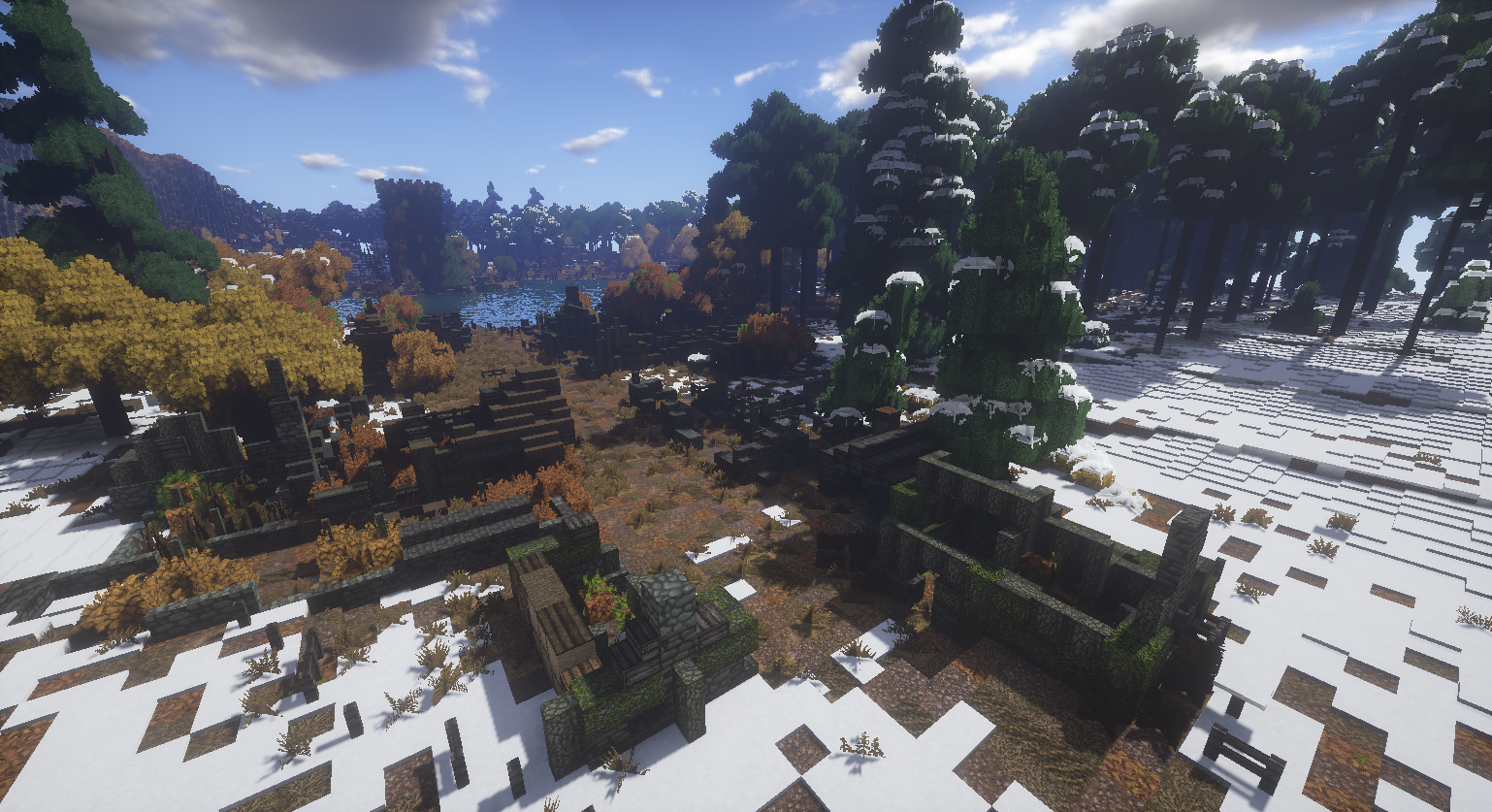 Queenscrown is an empty holdfast built upon an isle on a cold lake in the Gift, overlooking a small settlement. Both holdfast and village are now long abandoned due to frequent wildling raids, with little left of the houses but rotting and crumbled wooden walls. Queenscrown is named thus due to a brief visit from Good Queen Alysanne Targaryen; the smallfolk painted the merlons at the peak of the tower in gold in her honour, giving it the appearance of being girdled by a gleaming crown, even though it has faded to yellow with time.

The lake had to be reterraformed to a more suitable size, and woodland and hills were used to populate the shores, providing an interesting backdrop for the tower. The snow immediately around the lake was thawed somewhat, creating a friendlier, more autumnal feel than the rest of the Gift.

The tower itself and the village were built solely by Discs and in an atmosphere that invoked feelings of both melancholy for the long-gone smallfolk and serenity in such a naturally beautiful spot.

Discs took inspiration from artworks of the A Storm of Swords location, as was necessary since the description in the books was so exact that alternative styles could hardly be taken into consideration. The village was abandoned to the point of being unrecognisable, so there were no exact inspirations to be found, but real medieval villages were used to help plan the layout of the settlement.