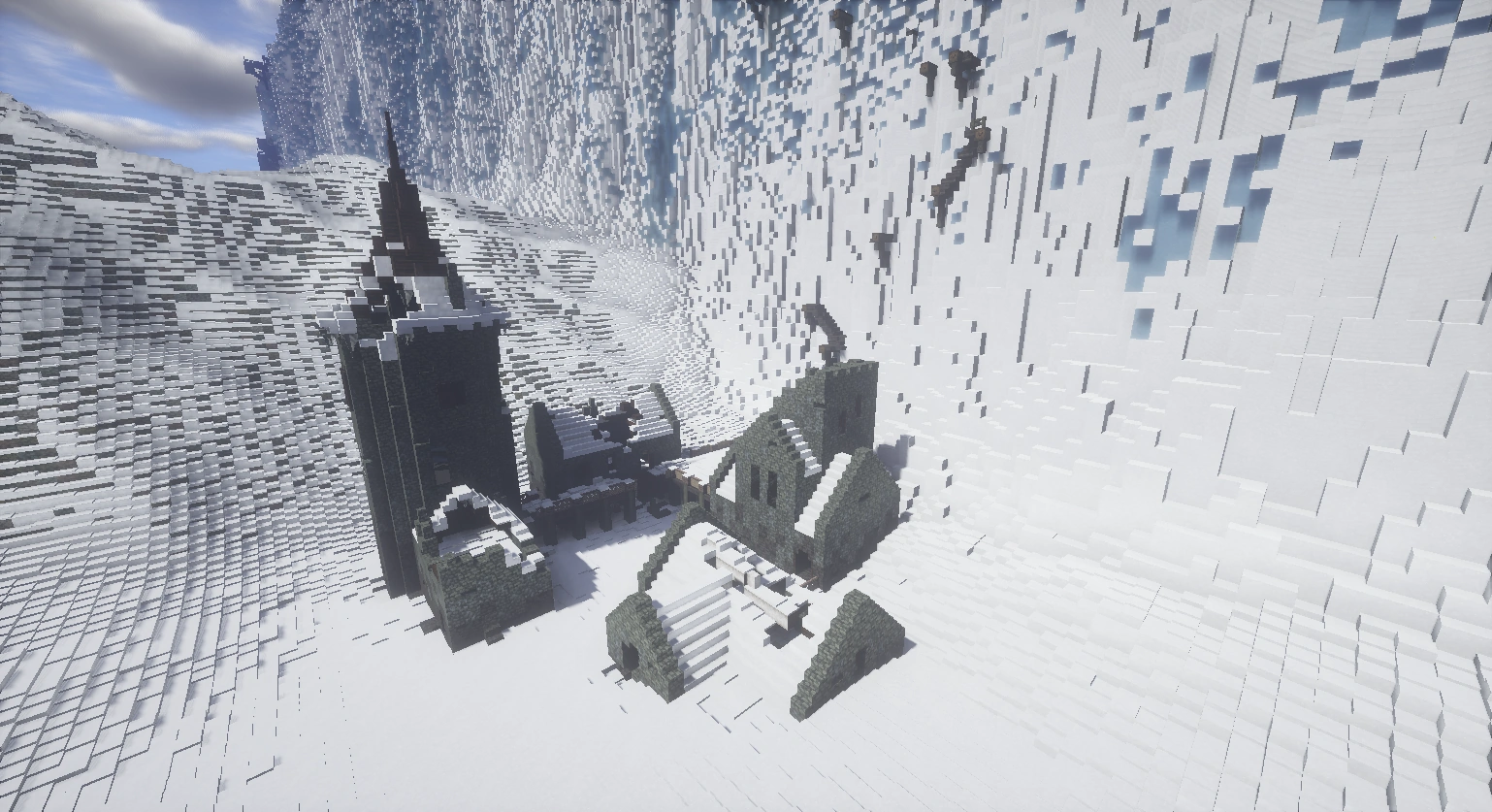 Oakenshield is one of the many castles of the Night's Watch at the Wall, lying to the east of Castle Black and west of Woodswatch-by-the-Pool. It was abandoned years before the start of the books.

ZeRamenGuy created the layout and application, while Stein created the gradient tests and the destruction. The project was created solely by ZeRamenGuy and Steineke. Construction took two weeks. The barracks tower, feast hall and smithy were built first, for the gradient tests. The last part of Oakenshield to be built was the jump puzzle up the wall.

A previous version of Oakenshield can be found east of the graveyard at /warp castleblackold and consists of a cluster of small ruined towers surrounding a large tree. It was completed by Adlern in 2013.

Oakenshield took its inspiration from other Wall castles, primarily Castle Black and its wormways.