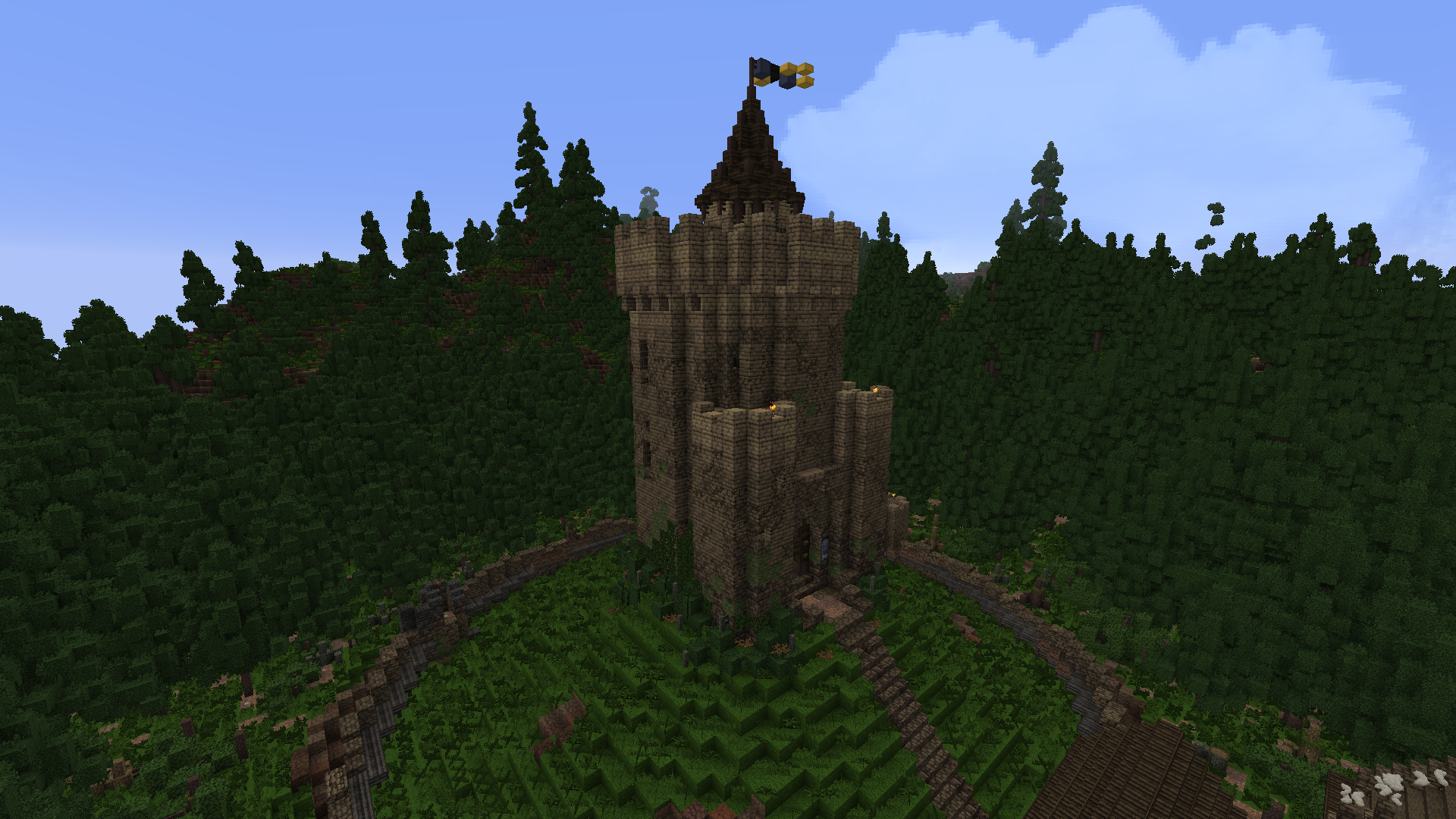 Directly west of Storm's End lies the motte and bailey keep of House Wensington. Surrounded by pine forests, a large marsh, and small hamlets; the lands have been settled since the First Men arrived in Westeros. Originally founded by a member from House Durrandon, this loyal cadet branch found prosperity so close to Storm's End. Although noble and proud, the destruction of their lands during the siege of Storm's End has left the house in a crippled state. Their arms are two golden trumpets crossed on blue, a gold chief with three black stags.

Construction began on August 2015, however due to inactivity it wasn't completed until late January 2016. Great consideration was put into the housing style due to the vastly different styles of neighboring lands.

In May 2013, KanylKay applied to build Wensington however put the application on hold until the new world was imported. The application was never revisited.

Wensington keep was inspired by Eschenheimer Turm in Frankfurt, Germany.