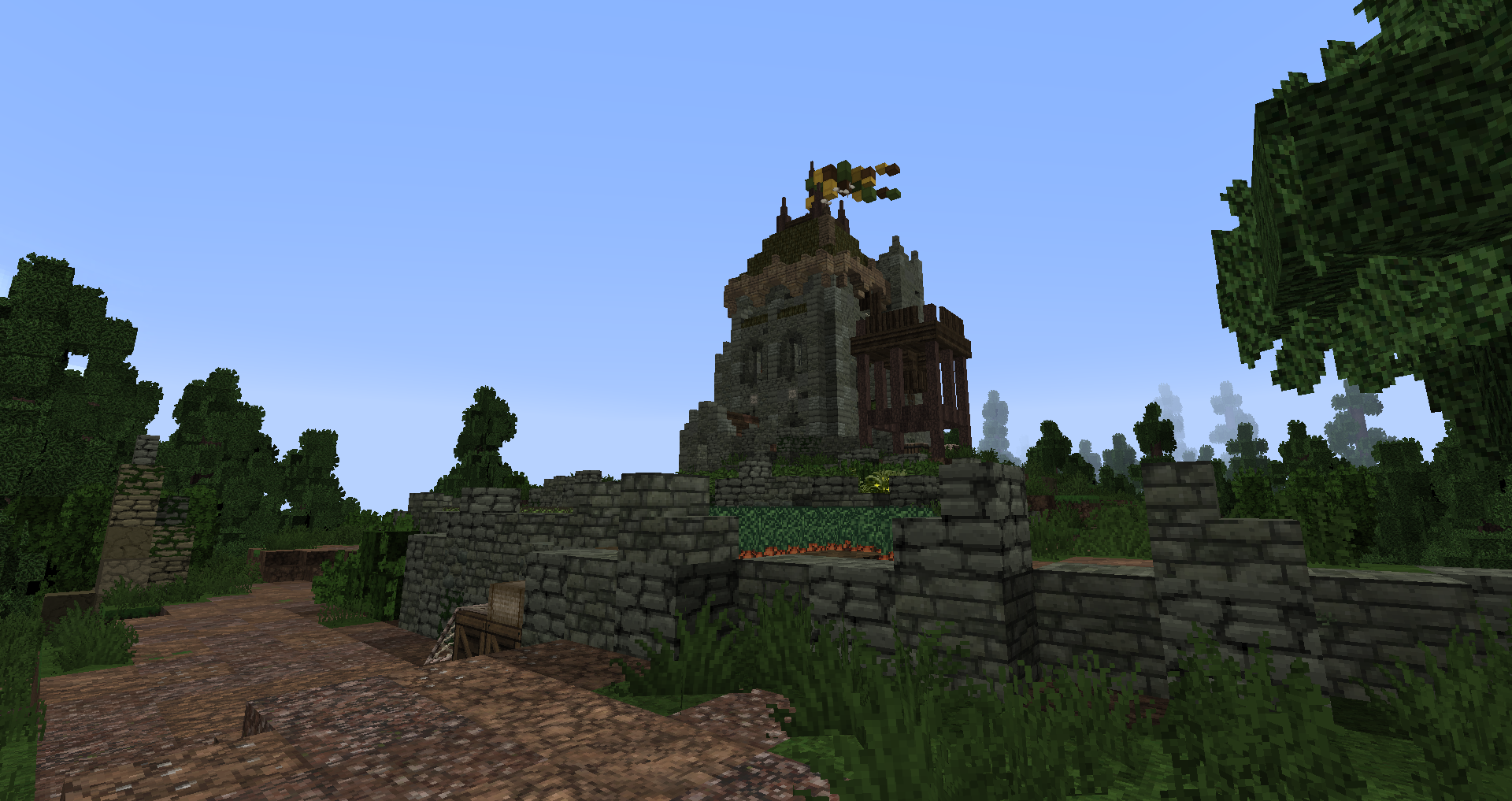 Tudbury is the seat of House Tudbury and nestled on a small isle located in the Sea of Dorne. Their sigil is a brown turtle on a field of green and yellow. Tudbury is an island of sea caves, rocky cliffs and pine trees and located south of Cape Wrath. House Tudbury is a relatively poor house, reaping its wealth from the occasional shipwreck that crashes along its rocky shores and from stray whales that find themselves near the isle. Due to these practices many sailors believe that the people of Tudbury are more alike to Iron Islanders than Stormlanders.

Tudbury was constructed during October 2014, by Nonillionman, Knight_Krawler and Matrio. The region style was inspired by other Stormland projects such as Seaworth and Swygert, it was completed in early November.

Tudbury Keep was inspired by the Mains Castle in Scotland.