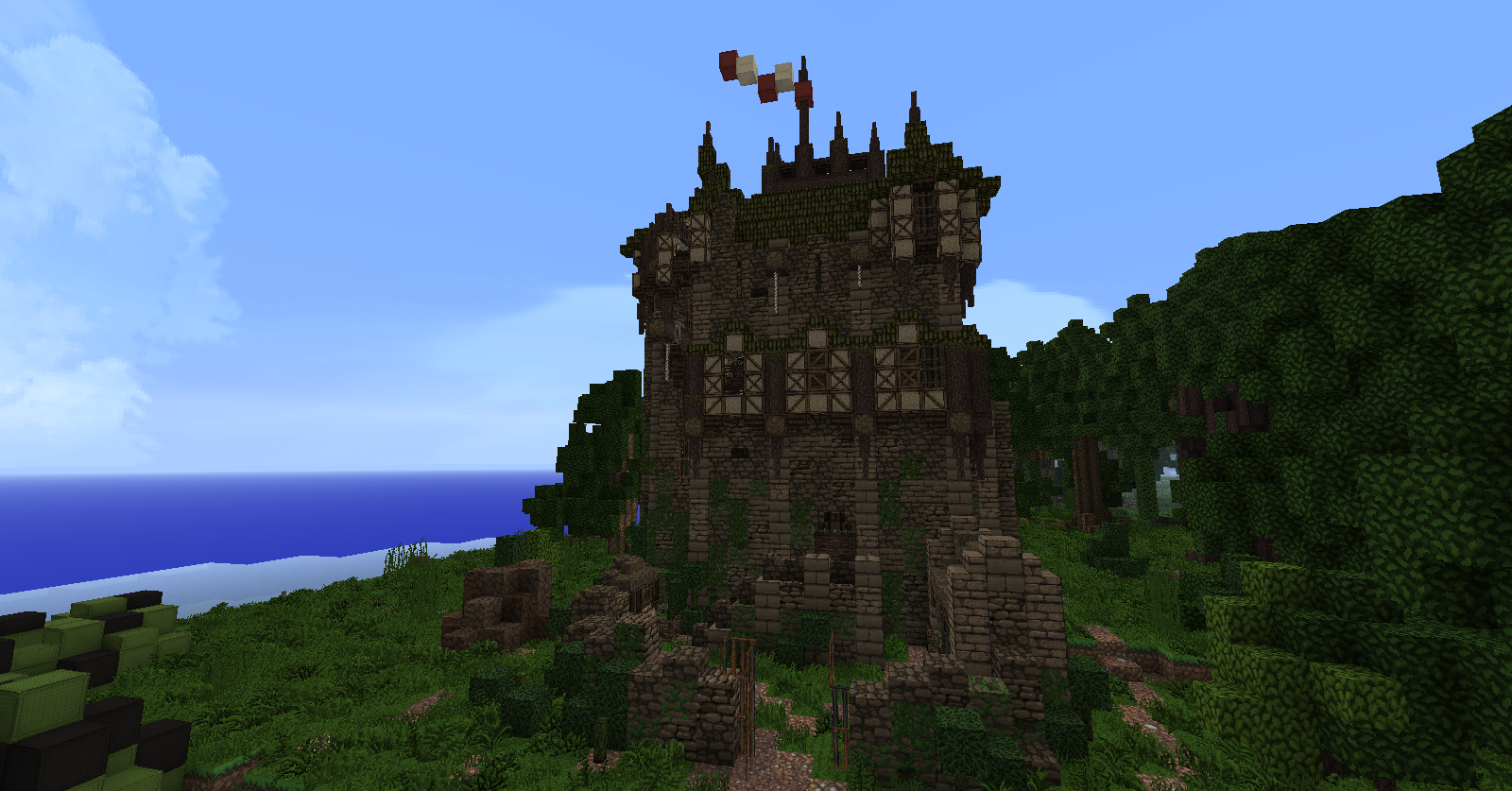 House Toyne was a noble house from the Stormlands. The house once controlled sizable holdings on Cape Wrath, but after falling into disfavor with the Targaryens, the house diminished in power and eventually went extinct. Today, houses Morrigen and Connington are both feuding over the right to the Toyne lands, causing unrest in the region. Some notable house members include Simon Toyne, leader of the infamous Kingswood Brotherhood, Ser Terrence Toyne of the Kingsguard, and Myles Toyne, also known as Blackheart, captain-general of the Golden Company. The house's sigil displayed a black, winged heart on gold. Their words were "Fly High, Fly Far".

The application for house Toyne was submitted September 10, 2014, and it was approved on September 20. Ertylink00 immediately started work on the keep, and after its completion, he started working on the surrounding lands. House Toyne was finished on January 11, 2015, and 22 builders participated in the project.

For the build, Ertylink00 took inspiration from existing ruined and abandoned castles on the server, as well as castles from real life. The architectural style was heavily influenced by the neighbouring Stormlands castles.

House Toyne was featured in Episode 55 of WesterosCraft Walks. DutchGuard explains the backstory of House Toyne and explores the partially ruined tower and army camps.