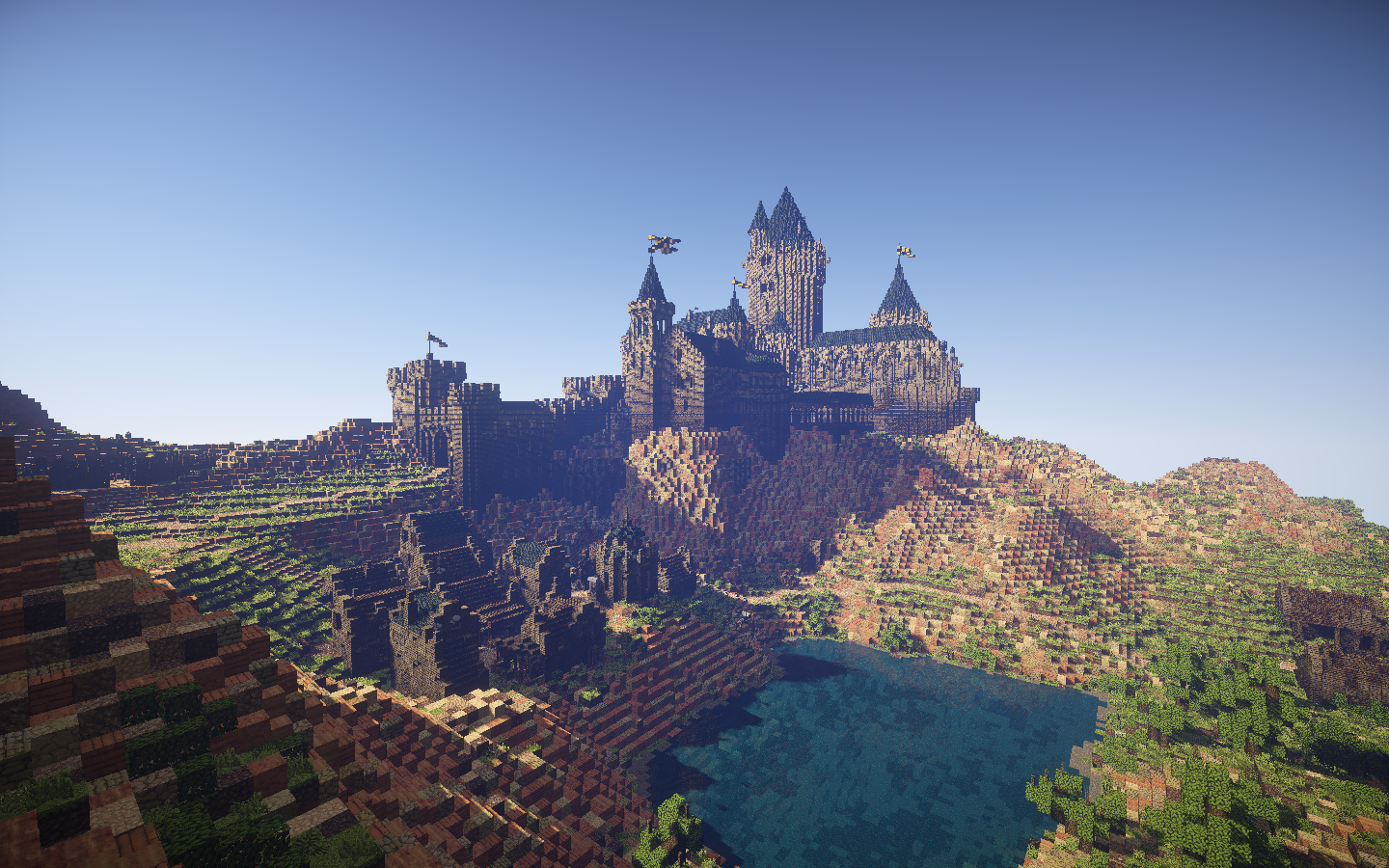 The castle of Nightsong is the seat of House Caron, the Lords of the Marches. The Marcher Lords guard the region of The Stormlands on the border of Dorne, and they are know for their large strong castles. The Carons protect the entrance to the Prince's Pass, one of the major entrances into Dorne. The Carons are a powerful house, or at least were at one time. As Lord of the Marches, they have nominal ascendancy over the other lords of that region, such as the Dondarrions and the Swanns. In recent years, they have fallen in power, and Lord Bryce Caron, the current lord, is the last remaining Caron. The future of his house depends on himself, and his bastard brother, Ser Robert Storm.

Construction took Tsarkaiser84 about a month. The castle was started first, and with the help of great terraforming from Georni, it was completed it in a few weeks. The rest of the village and houses were completed mostly by Tsarkaiser84 and a few other builders.

The original Nightsong was built by Landtank in 2012, but it was never completed. Dondarrion built a 2nd version in June 2013, but it was not transferred to the new map. This version is the third version of Nightsong.

Nightsong has had a reputation for looking an awful lot like Hogwarts. This is not really an accident, as it was one of several inspirations, but still remains quite unique. However, it combined styles of the three regions that Nightsong borders, Stormlands, Reach, and Dorne. The castle has larger round towers like the Reach, sandstone for Dorne, and defensive structures for the Stormlands.