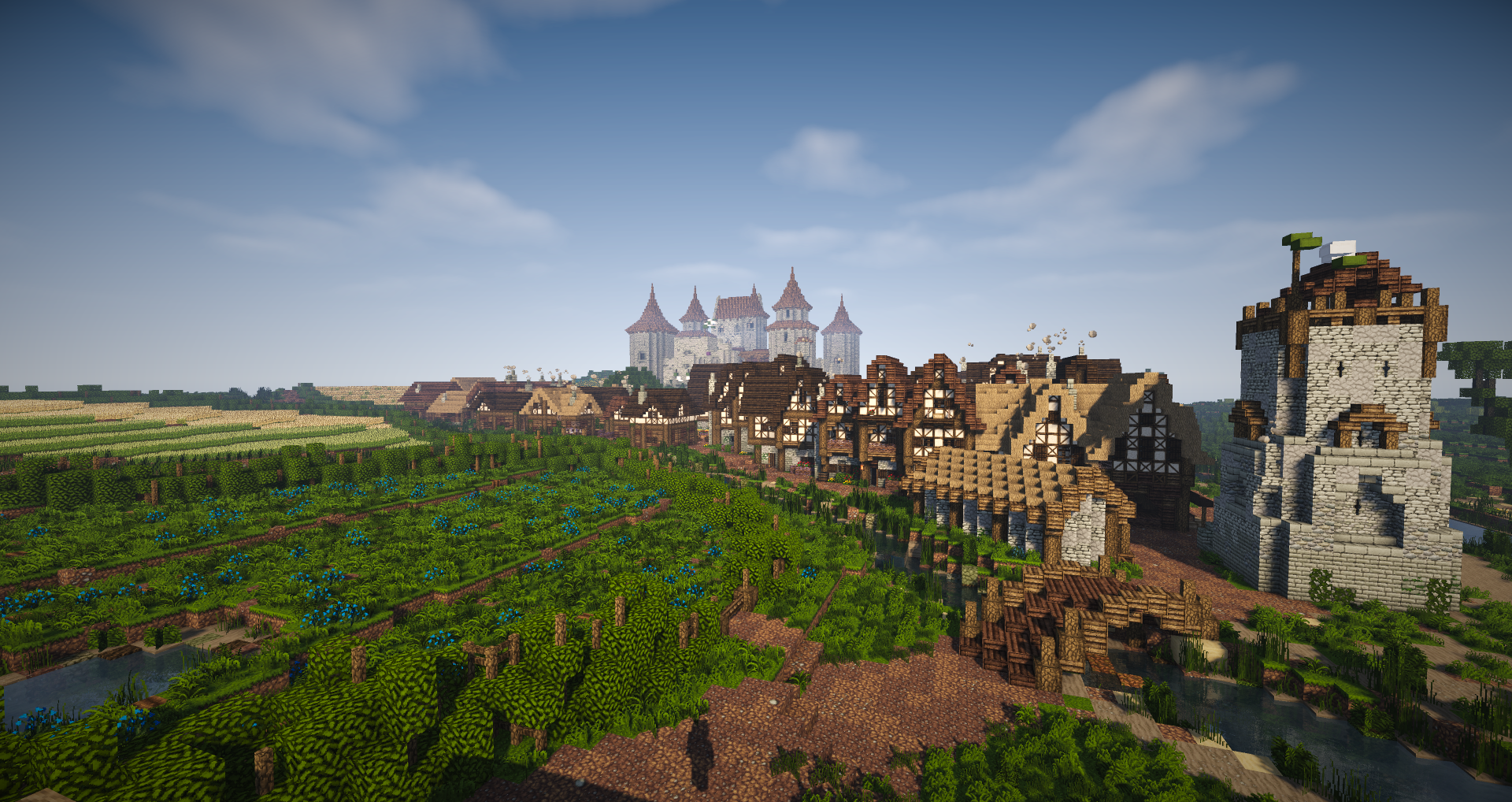 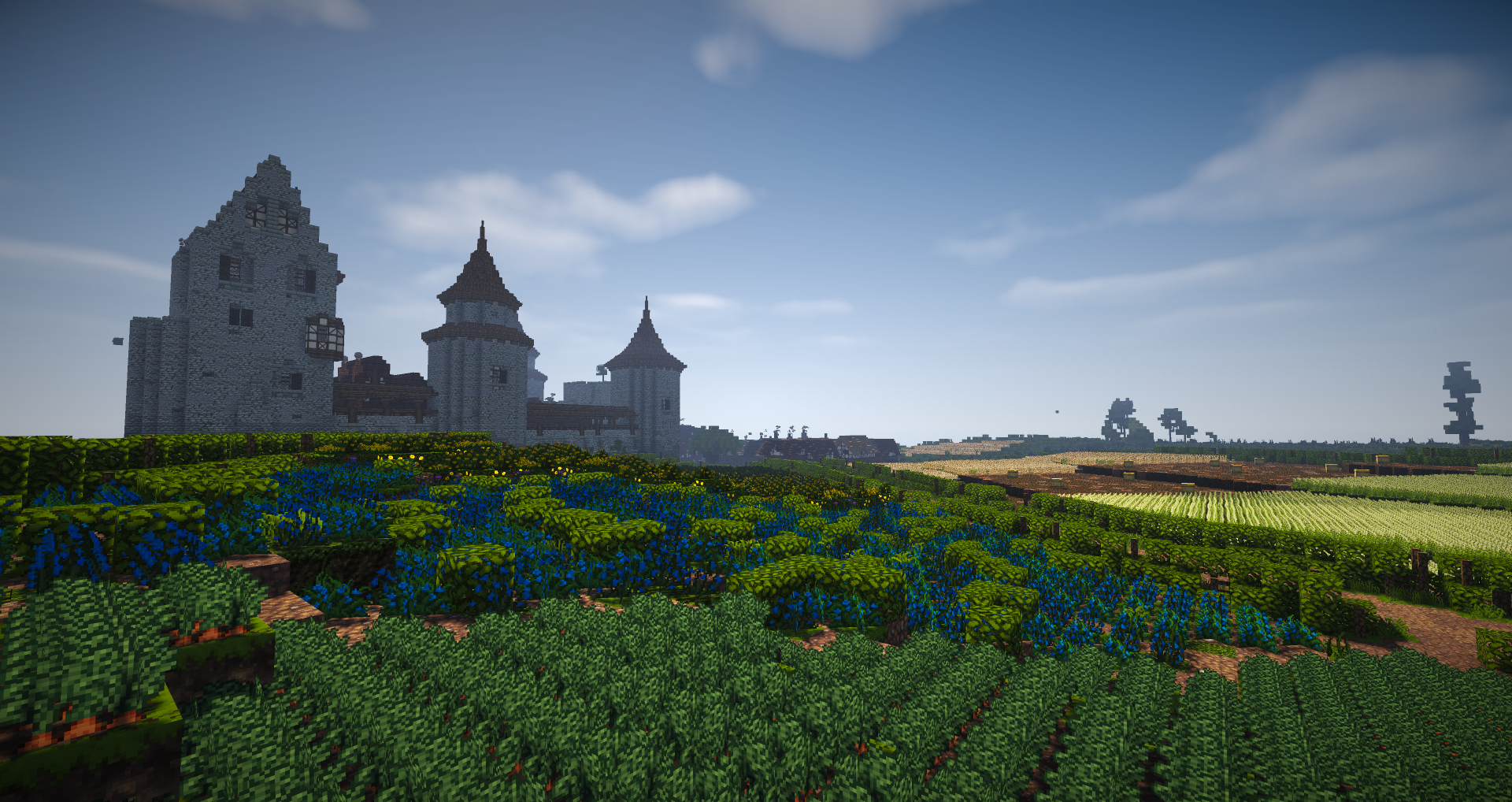 House Cafferen is noble house from The Stormlands. They blazon their arms with two white fawns counter salient on green. They were Targaryen loyalists until they turned to Robert's side during the rebellion. Fawnton is located right on the northwest border of the Stormlands and Reach, near the Kingswood.

The construction of Fawnton was a lengthy process. It took just under a year to complete the build. At least fifty people helped build this location. An older version of Fawnton by mgleim was never truly completed and was a series of wooden structures built beneath a dense canopy of trees.

The Cafferen Keep and Fawnton were inspired by Austrian and Czech castles, which form the basis of much of the Stormlands style.