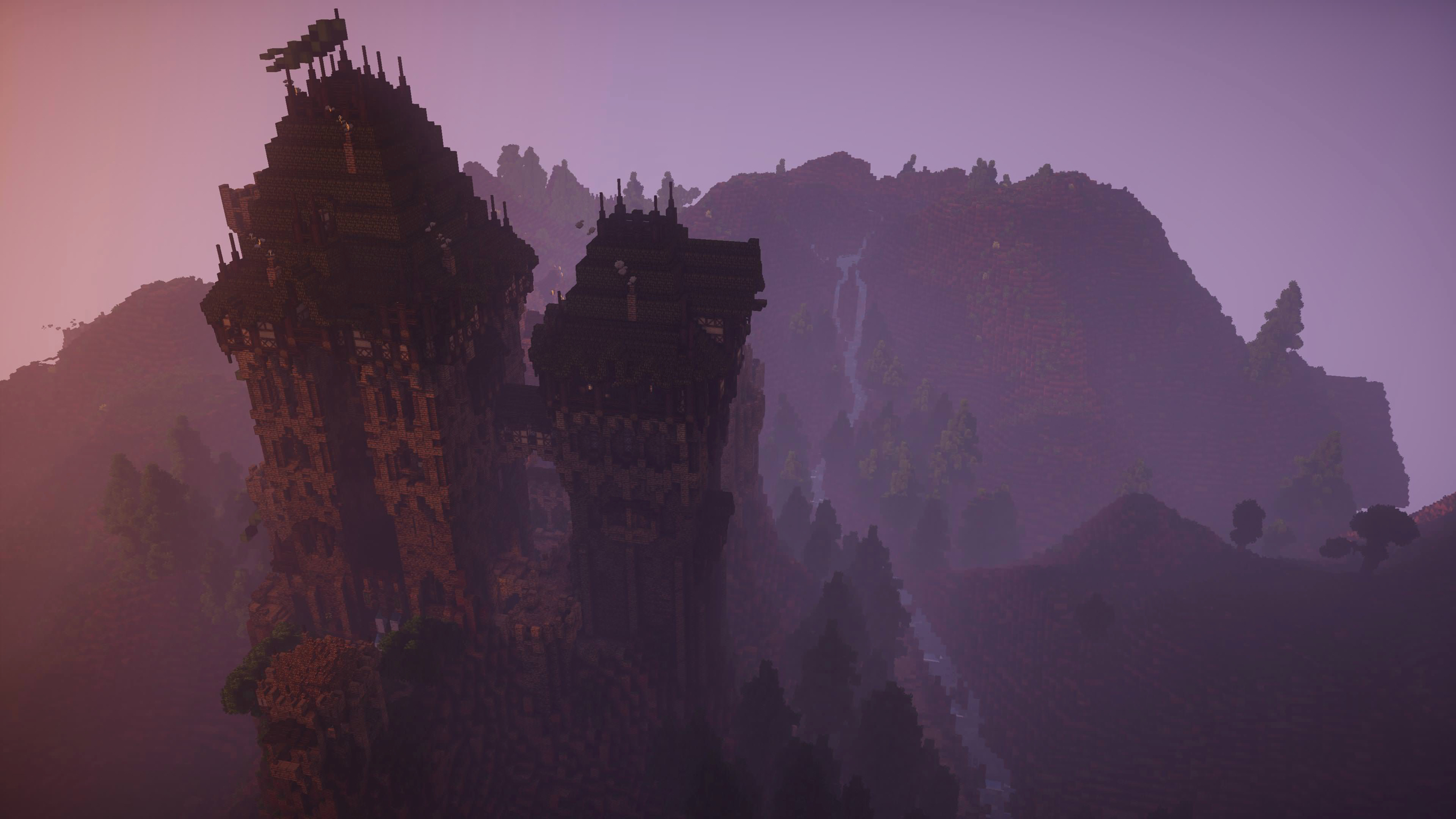 Crow’s Nest is the seat of House Morrigen, located on Cape Wrath in The Stormlands. House Morrigen is one of the most important houses sworn to the House Baratheon because of their strategic location between the Rainwood and the mountains of the Stormlands. Their sigil is a black crow on green.

The first thing to do after the approval of the app was the terraforming of the plateau for the keep made by MrTxi. Then a full wool version of the keep was built to allow to have a main view of how each part of the keep would fit with the other ones. After that the real construction of Crow’s Nest keep started. It took around one month to finish all the exteriors, the septs and its gardens were made by Quikfox and BarkusMollingmo respectively. The interiors took a bit more, around two months because the Blind Valley terraform was done at the same time.

The main difference between the old version of Crow’s Nest and the new is the new palette of the Stormalnds with the dark brown blocks. The old version was completed by Landtank in August 2012.

Crow’s Nest main inspiration is Hohenwerfen Castle located in Austria. With that dark colored stone walls and its location in the top of a hill in a valley filled with trees achieve the exact feeling wanted for Crows Nest.