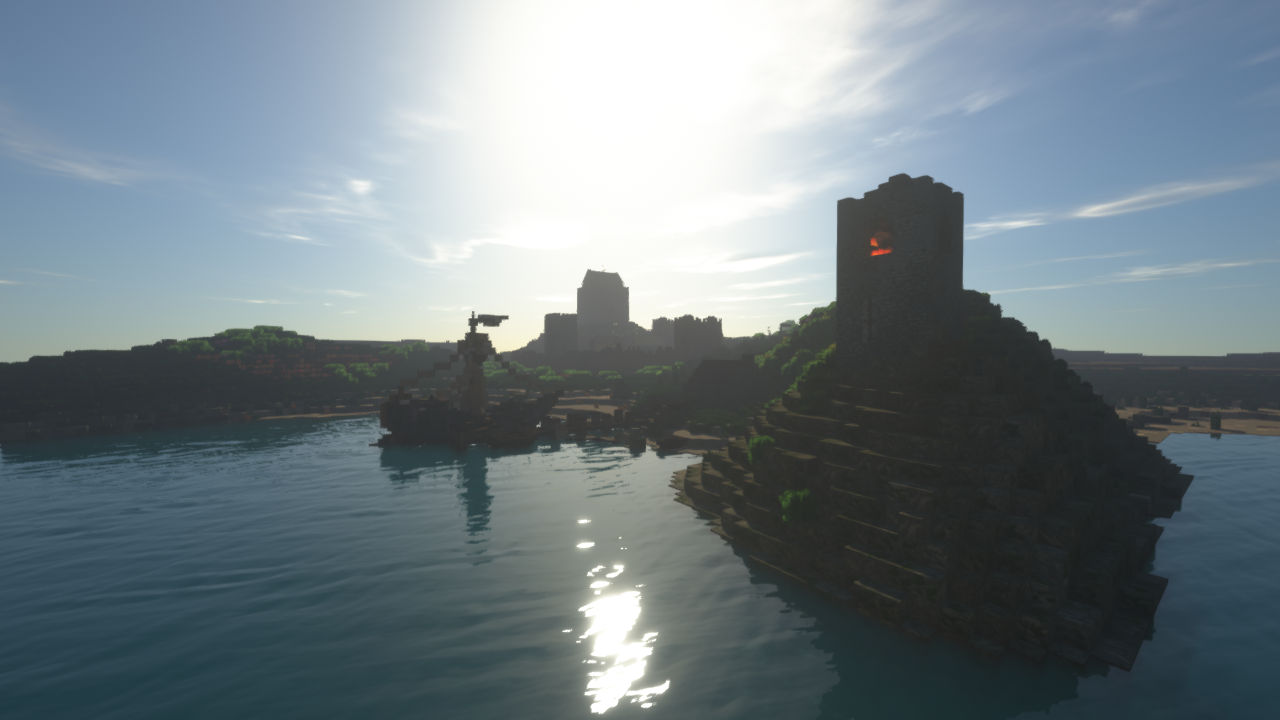 Amberly is the seat of House Rogers, a noble house from Cape Wrath, The Stormlands. Their house sigil is supposedly nine unicorns around a maze, silver on black, which according to A Wiki of Ice and Fire is an homage to colleague Roger Zelazny and The Chronicles of Amber. There are no known characters to appear in the A Song Of Ice And Fire book series, however, Harrold Rogers is married to someone with the surname Stark, and Ser Corwin Rogers attended the tourney at Ashford Meadow in 209 AC.

Amberly was constructed over the course of a few years by Cedric_asoiaf (AKA Mr. Quentini). The original application was submitted in December 2014, construction began in early 2015 and continued into the fall with minor changes to the layout and the addition of amber collecting in the forests and bell mines. In Summer 2016, the house style needed to be brought up to server standards and changes were made to several structures. The project was delayed because of possible changes to the Rainwood, but was submitted for approval in March 2017.

The forest around Amberly remains unfinished.