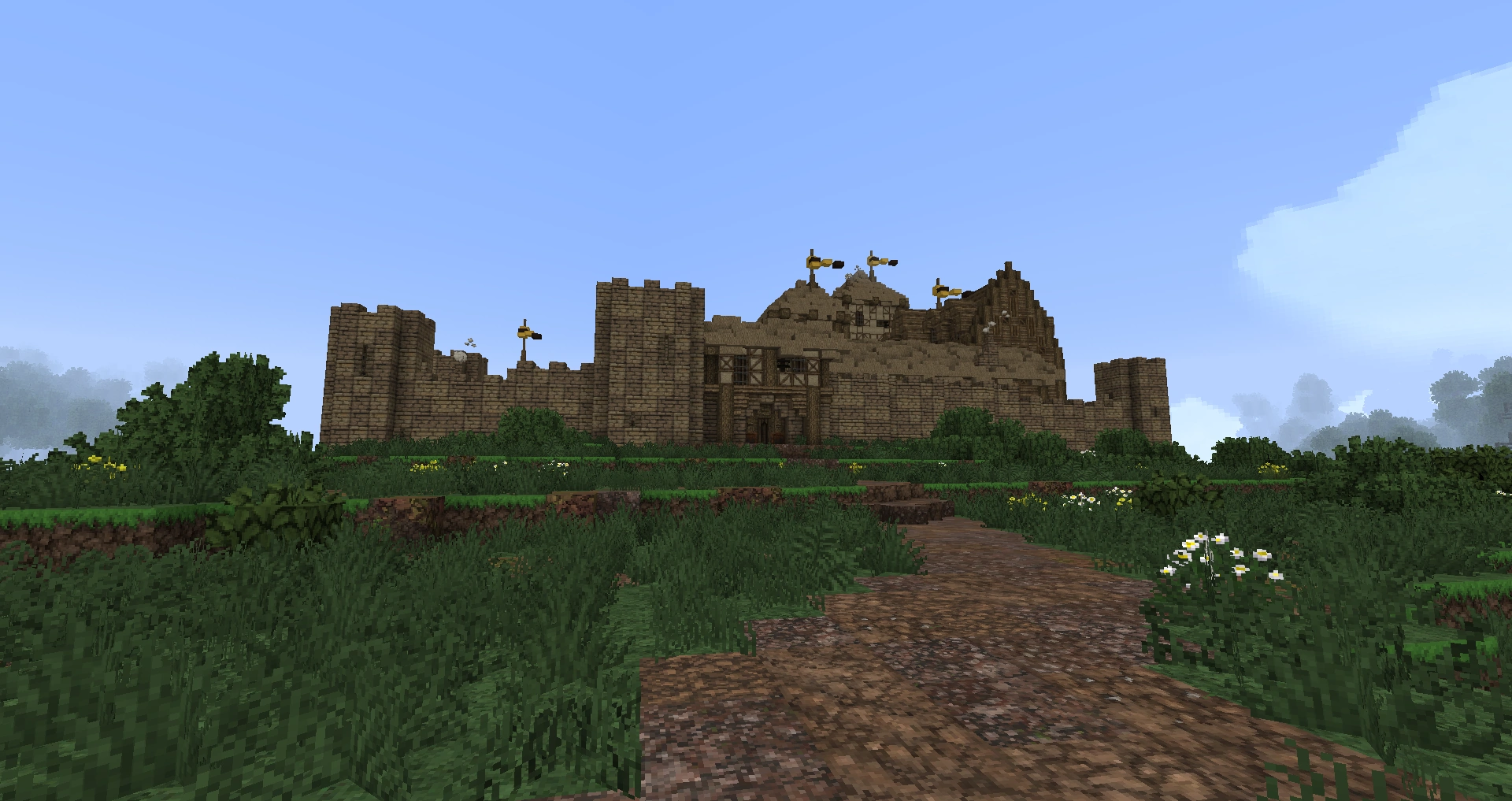 Acorn Hall is the seat of House Smallwood, a noble house in The Riverlands sworn to House Vance of Wayfarer's Rest, and to House Tully, their overlords. Their sigil is six brown acorns on a yellow field. Their keep and lands are situated south of High Heart and north of Stoney Sept. The castle sits on a river called the Acorn (hence the name), which is part of the headwaters of the Blackwater. It is situated in a clearing in a large, dense forrest.

There is very little export from the Smallwood lands, as there are no natural resources but wood and little arable land. The Smallwoods have a small trade in wood, meat and furs. Apart from the lack of trade goods, and pigs are abundant in the area though, which are, together with wild game, the primary source of food.

Construction started on the 5th of February, 2015, by herm1456. The project was completed almost half a year later, on the 30th of July, 2015. The forest in the area had to be largely redone, which is one of the reasons why the project took so long. The current Acorn Hall replaced an earlier version that was transferred to the South Part 1. The previous one was constructed by MrTXI in December 2012, which was inspired by Edoras from Tolkien's "Lord of the Rings," as well as an early version of Harvest Hall, one of the builds in the Stormlands.

Inspiration for the layout of the castle was Pembroke Castle. Several features of the castle, such as the wooden keep and the stone curtain walls were canon information.