Parchments is the seat of House Penrose, located in the northern Stormlands on Shipbreaker Bay. The Penroses have had many notable members including Lord Ronnel Penrose, who married Elaena Targaryen and served as Master of Coin, Aelinor Penrose, who married Aerys I, Ser Jon Penrose, who fought at Ashford Tourney and managed to unseat Tybolt Lannister, though he lost the duel, and finally Ser Cortnay Penrose, who served as the castellan of Storm’s End. During the Blackfyre Rebellion, the Penroses remained loyal to the Targaryens.

Granary and Storage Building: Contains 2 granaries on ground level and lumber and grain storage on the second floor

Guard Towers: Various guard towers surround the walls of the castle, are mostly unfurnished and some contain bags of grain or flour.

Armory Tower: A squat tower that contains the armory at ground floor and belowground. Has a mess hall at ground level and the chambers and solar of the possible Master-at-arms further up.

Guard Barracks: Houses the barracks of many of the guards in Parchments. Has 2 dormitories on the 2nd and 3rd floors, with rooms for higher-ranking officers. A mess hall and lounge are also here respectively.

Great Hall: A large one room hall with the lords dais in Brown and white, the house colors. 2 small tables have been set, possibly for household and guards.

Kitchen Keep: Houses a small storage area belowground, and the kitchens above. Houses many servants in the dormitories at the top of the structure.

Kennels: Small structure that houses the hunting dogs of the Penrose’s. Has a collection of meat used by the Kennelmaster.

Maester’s Tower: Tower with the Maester’s chambers, as well as the castle library and rookery

Garden Keep: So named for the garden it looks over. A small lounge is on ground level. Has a possible sewing room on 2nd floor, and a large bedroom above that.

Harp Keep: Named for the large harp located in it. Has a large bedroom on the first floor, although the occupation is unclear. Has a large room above that with the signature harp. Possibly a woman’s room, because of the Mirror room connecting to it.

Smithy: Contains the Smithy and the Blacksmith’s bedrooms, has a heavily sloped roof

Bathhouse: A small shack with rows of clothing and pools of water inside, Washerwomen possibly sleep in Main or Kitchen Keep.

Building commenced in May 2015 and proceeded at a decent pace, until the builder NickShaiB lost motivation. Building was resumed at a relatively swift pace in September, being completed before the month’s end.

The primary inspiration for this build was the Chateau de Chatillon. This was chosen for two reasons. Firstly, it is a stark castle with a simple palette which the builder felt suited the Stormlands. Secondly, it had a similar palette to BantyRooster’s Haystack Hall, on which this build was also based. 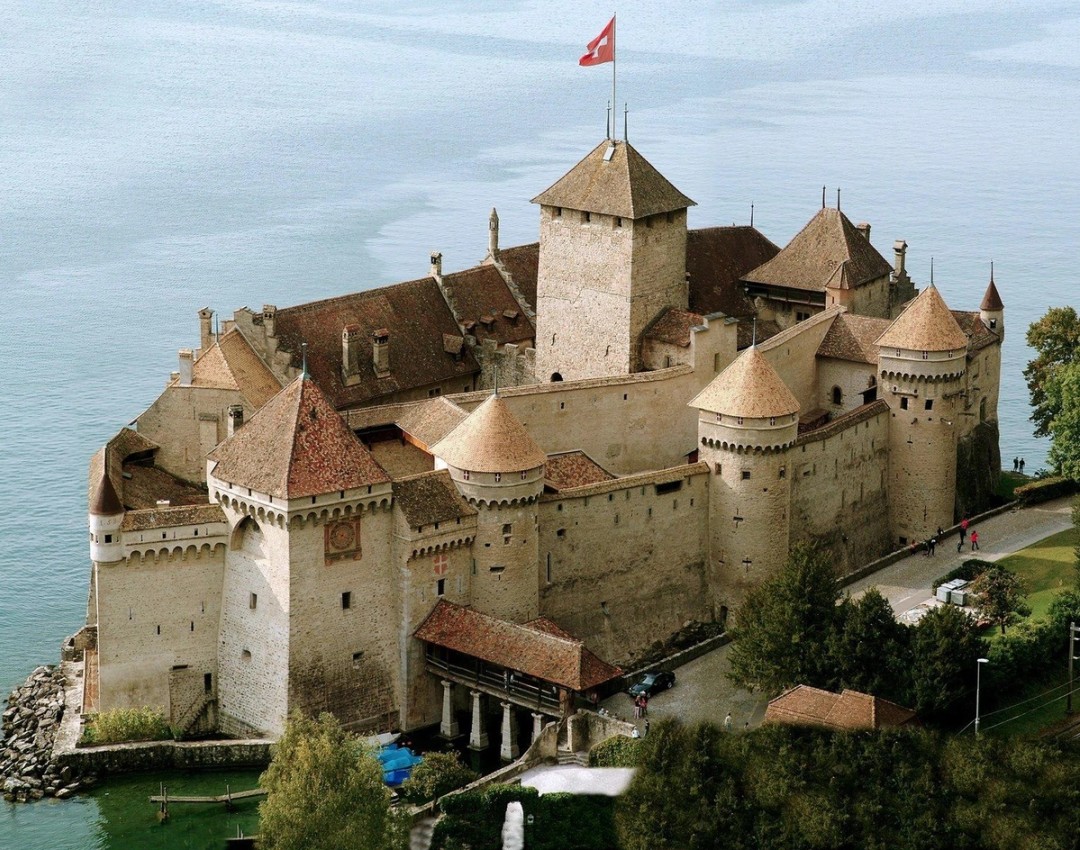