House Oldflowers is a minor house of The Reach situated along the lower Mander River below Highgarden and near the tributary with a river starting in Horn Hill. According to semi-canon sources they blazon their arms with ten white hands on green, 4-3-2-1, beneath a red bend sinister. Their sigil (a bend sinister is often associated with bastardy) and the "flowers" part of their name (the name given to bastards in the Reach) both hint that the Oldflowers may descend from a bastard of House Gardener.

Construction was started on November 2, 2014 and was finished February 6, 2015. The project started out strong and then was riddled with procrastination and real life issues.

Oldflowers was originally planned to be Dunstonbury ex-seat of House Manderly, but with the publication of A World of Ice and Fire new information was discovered about the old Manderly seat so there was a change in plans. The keep and town was inspired by medieval French architecture, like many houses in the Reach. But the latest version of the castle was inspired by a sketch of the chateau of La Mothe-Chandeniers, Viennes, France. 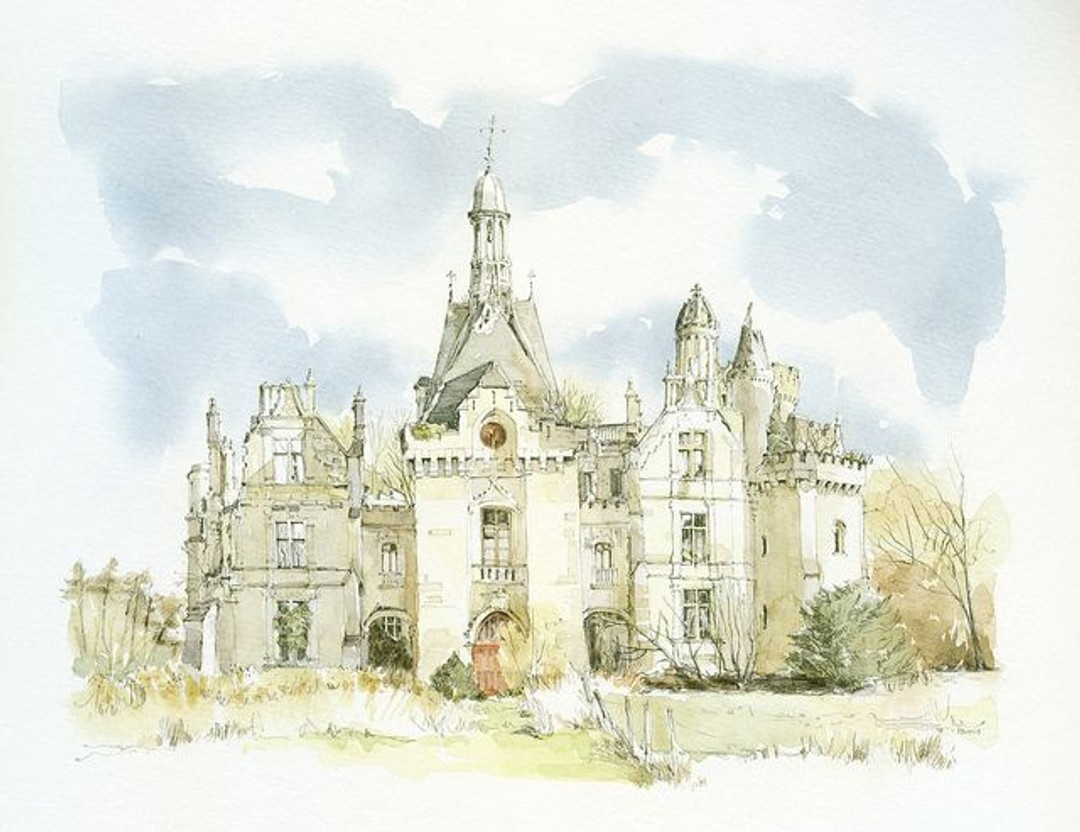