*Below is the wiki entry for the old Blackcrown, it is being redone as part of the Oldtown project. 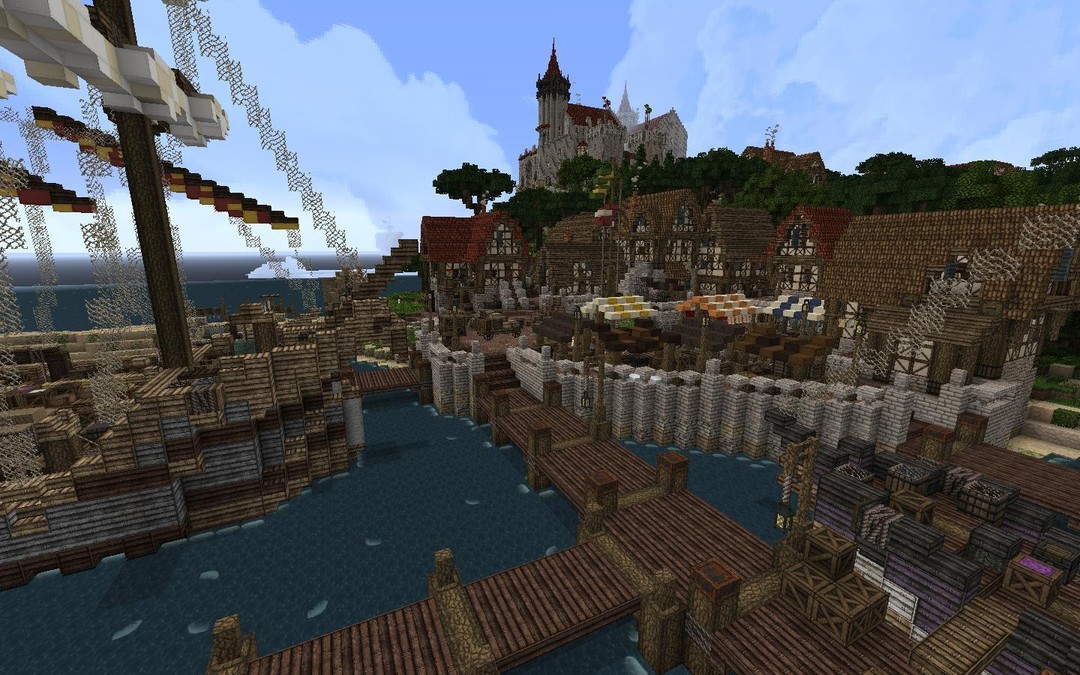 Blackcrown is located just north of the Whispering Sound in the western part of The Reach, neighboring Oldtown. Blackcrown is occupied by House Bulwer. Their sigil is the skull of a bull against a red background. Their words are “Death Before Disgrace.” Some notable members of House Bulwer include Black Jack Bulwer of the Night’s Watch and Lord Jon Bulwer, who married Victaria Tyrell, a cousin of the main Tyrell branch. They bore seven children, among them Lady Alysanne Bulwer, who accompanied Margaery Tyrell to King's Landing. Lady Alysanne is the current lord of Blackcrown, taking over after her father Lord Jon died of summer fever.

Laor applied for the build because the location appealed to him because keep would look good perched atop the rocky point. Once the project was approved, the keep was built first. After initially plotting out the town, it was replotted many months so that the houses would be more grouped together like a cohesive community. The last thing that was built was the fishing hamlet, by Laor after no one applied for the hamlet. The build took nearly nine months to build, become "Laor's baby!" mostly due to procrastination. The current Blackcrown replaces a version completed by FlavD in February 2013.

The build was mainly inspired by the Reach style. One major concept was using a stair roof (45 degrees) with full blocks on the edges and single wall blocks protruding up to create a sort of terraced ridge at the end of the roof. The roofs of the main buildings of the keep were also inspired by the name “Blackcrown," which uses a black crenelation at the top of one of the main towers in the keep.