House Harlaw of Harlaw is one of the most powerful houses from the Iron Islands, ruling over the entire island of Harlaw from the castle of Ten Towers. Their blazon is a silver scythe on black. All the other houses of Harlaw pledge fealty to them, including Houses Volmark, Stonetree , Myre and Kenning . Cadet branches of the Harlaws are located at Grey Garden , Harlaw Hall , Harridan Hill , and the Tower of Glimmering . The castle of Ten Towers was built as their new seat and is one newer and "airier" castles on the Iron Islands and also one that is culturally closer to the "greenlands" because of the presence of maester's, septons, and a library of books. 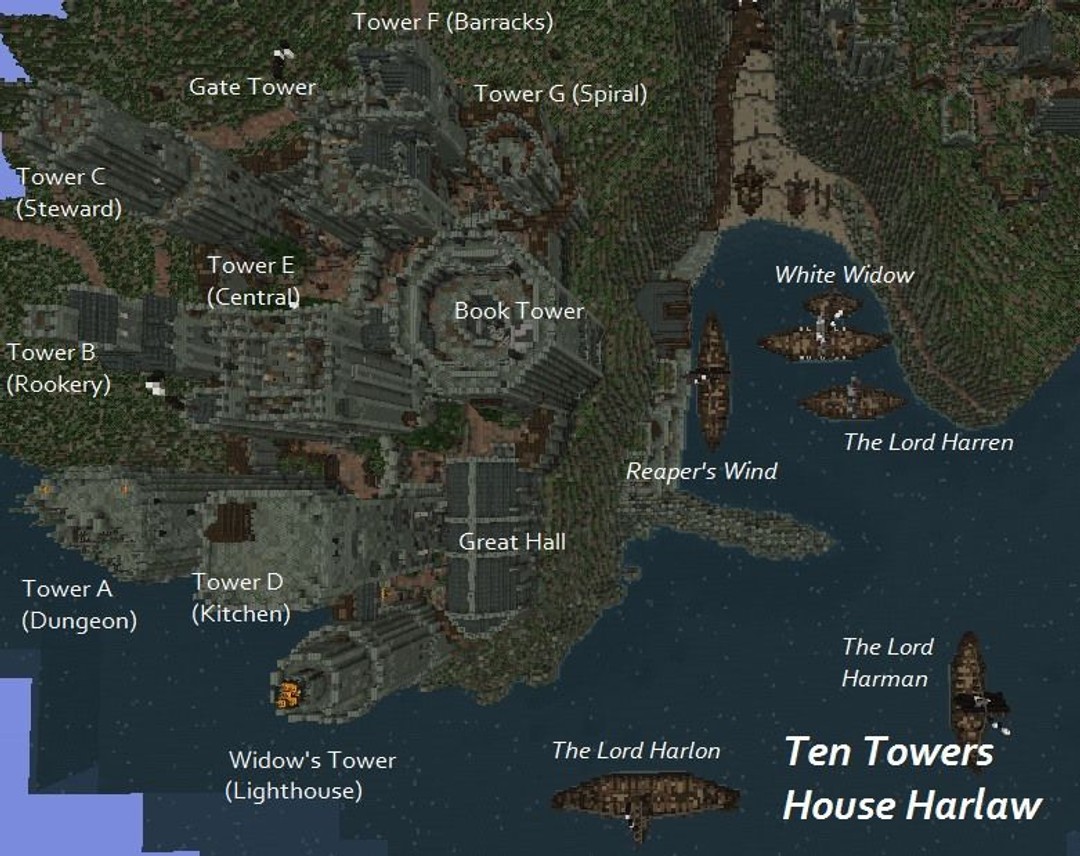 Ten Towers was built by JustCallMeeJack in Winter 2013 and was completed around March 2014. The general area was terraformed and the towers were laid out, but builders applied to complete each tower so that they all had an individual style.

The towers and town were inspired by other Iron Island builds and various images. The builder's of each tower also found their own inspiration.