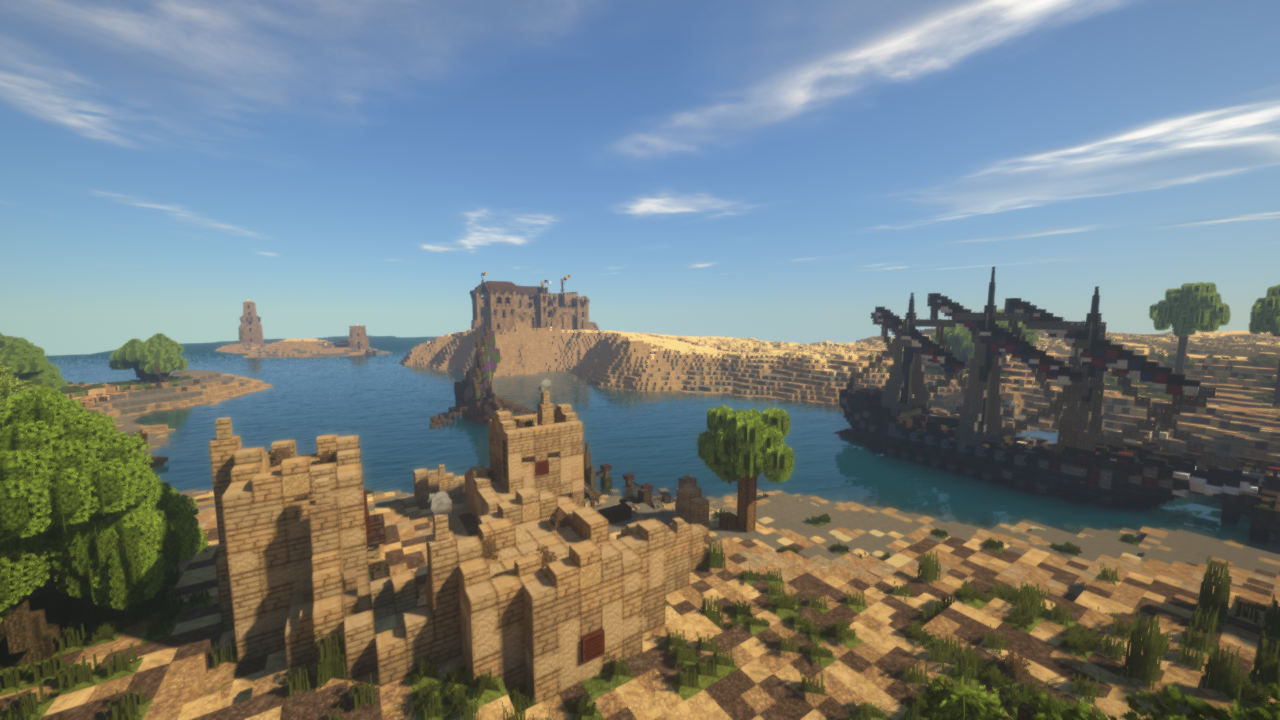 Spottswood is a castle and village on the tip of the Broken Arm in Dorne, northeast of Sunspear. It is the seat of House Santagar, a knightly house. Of the two known members of House Santagar, one is Ser Aron Santagar, maester-at-arms at the Red Keep, and the other is Sylva Santigar, called "Spotted Sylva" because of her freckles but also because according to Dornish law, she is the heir to Spottswood. Their sigil is a spotted leopard with a golden axe, over a per bend sinister blue and white field.

Ertylink00 and mamorb co-led the construction of Spottswood, which began in July 2014 and was completed in September 2014.

A fortress in Tunisia called the Ribat Monastir was the inspiration for the keep and some of the village houses.

Spottswood was featured in Episode 32 of WesterosCraft Walks. DutchGuard visits the villages, harbor market, and the keep. He also discusses some history of the Broken Arm, which was a land bridge connecting Westeros and Essos. The Children of the Forest destroyed the bridge, but not before the First Men had crossed over.