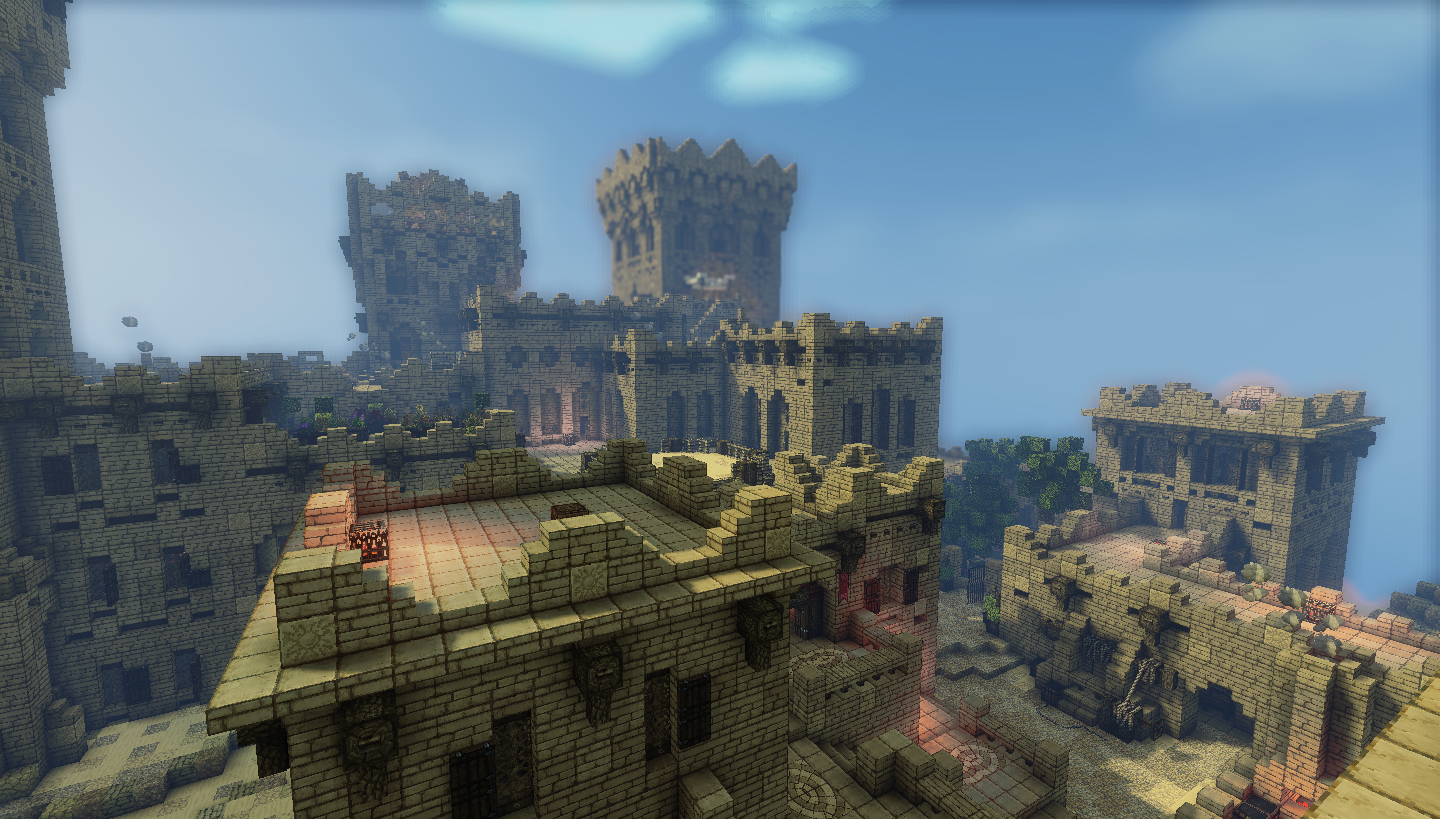 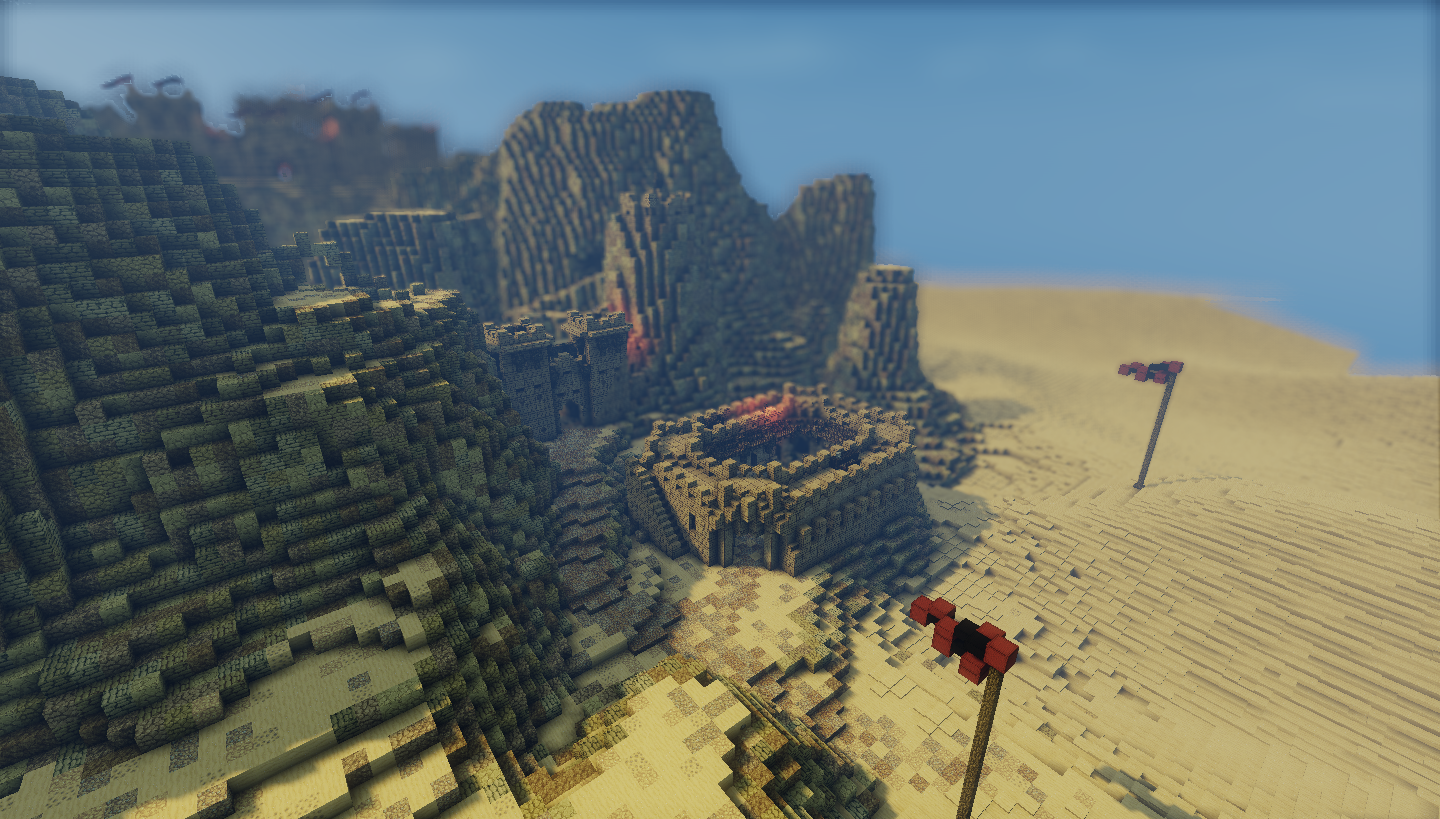 Sandstone is the seat of House Qorgyle, a noble house from Dorne. Their arms are three black scorpions over red. Known members of House Qorgyle in the books are Lord Commander Qorgyle, the predecessor of Jeor Mormont as commander of the Night's Watch, Lord Quentyn Qorgyle, and his son Ser Arron Qorgyle. In addition, Prince Oberyn Martell was fostered at Sandstone when he was younger. Sandstone is fairly isolated, located on a rocky outcrop in the middle of the deep sands, with the Prince's Pass to the north and Hellholt to the east. House Qorgyle holds a defensible position over the sandstone mesas, including a natural oasis. As such, they are an important pit stop for travelling caravans, providing water, resources, and respite from the dangerous deep sands. In addition, they also breed sand-steeds, horses bred specifically to endure the harsh Dornish conditions.

Emoticone11 and birdman7 first began terraforming on June 30th, 2014, and from there we plotted the villages, and then built the castle. The following people helped create the villages and other miscellaneous tasks:

Sandstone used Wadi Rum, Jordan, as inspiration for the terraforming and mesas.

Ait-benaddou in Morocco was used as the primary inspiration for the castle architectural style.

Sandstone was originally built by a1994j, however when the new map was released, we decided not to copy it over due to improvements in the server's building style.