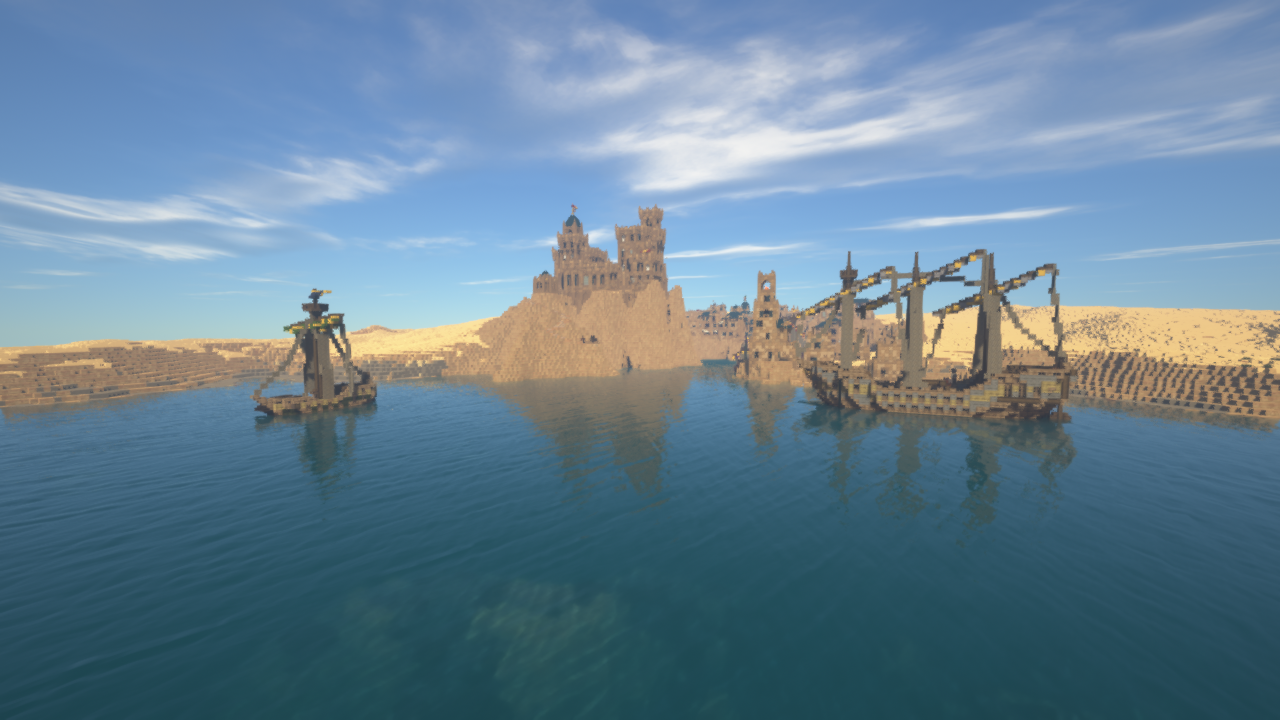 House Gargalen is one of the major Dornish houses sworn to the Martells. Their seat is located at Salt Shore along the southern coast of Dorne and on the shores of the Summer Sea. Their arms depict a red cockatrice on gold with a black snake in its beak.

Salt Shore was a co-op between InfinityMe123 and Deadlyzero98. It began in February 2015 and was finished in April the same year.

Salt Shore was inspired by numerous fortresses and structures in northern Africa, particularly Morocco. The choice of inspiration shows the fact that Dorne was inspired by areas such as Spain, north Africa and the Middle East.

Salt Shore was featured in Episode 53 of WesterosCraft Walks, hosted by DutchGuard.