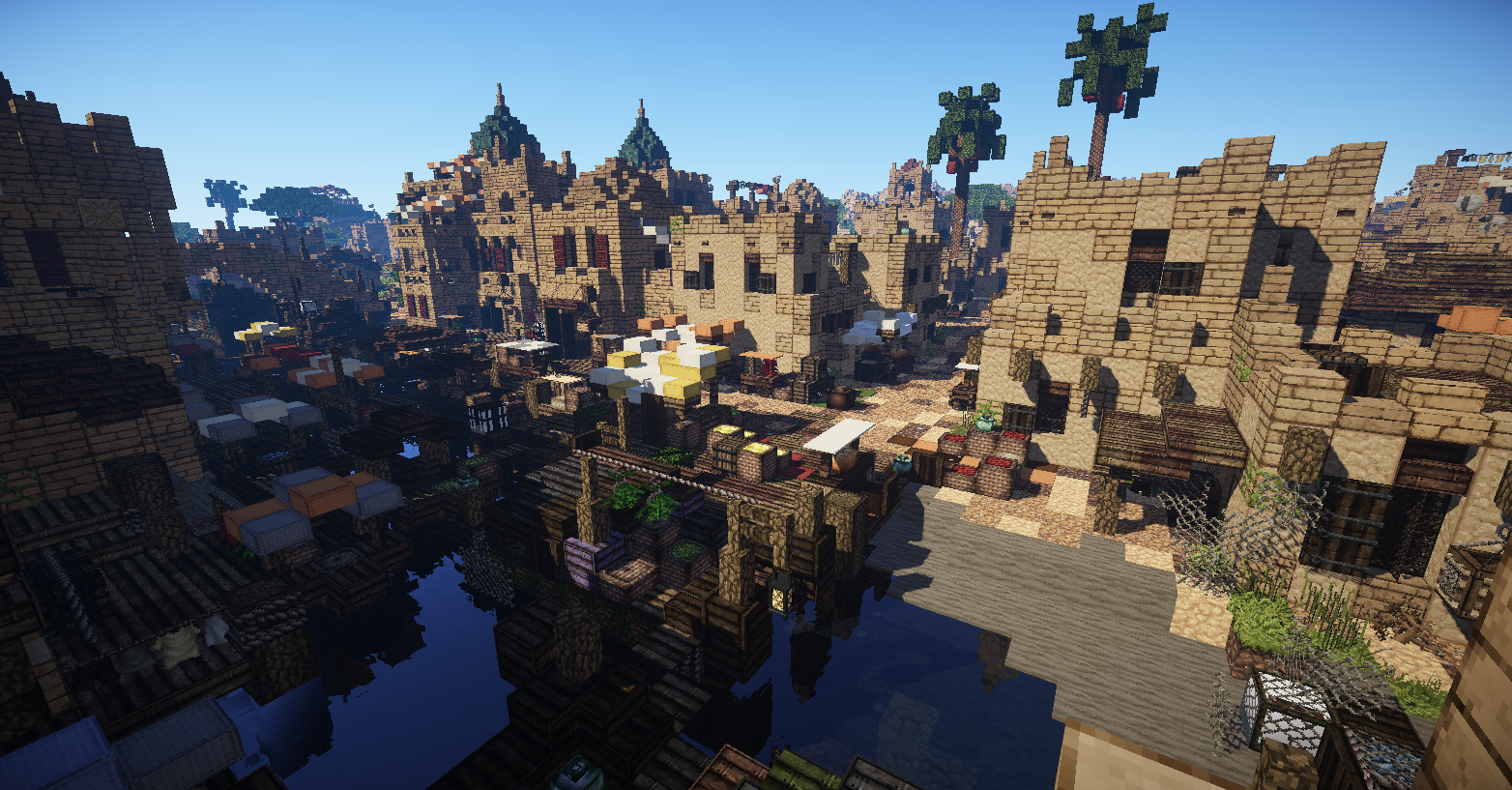 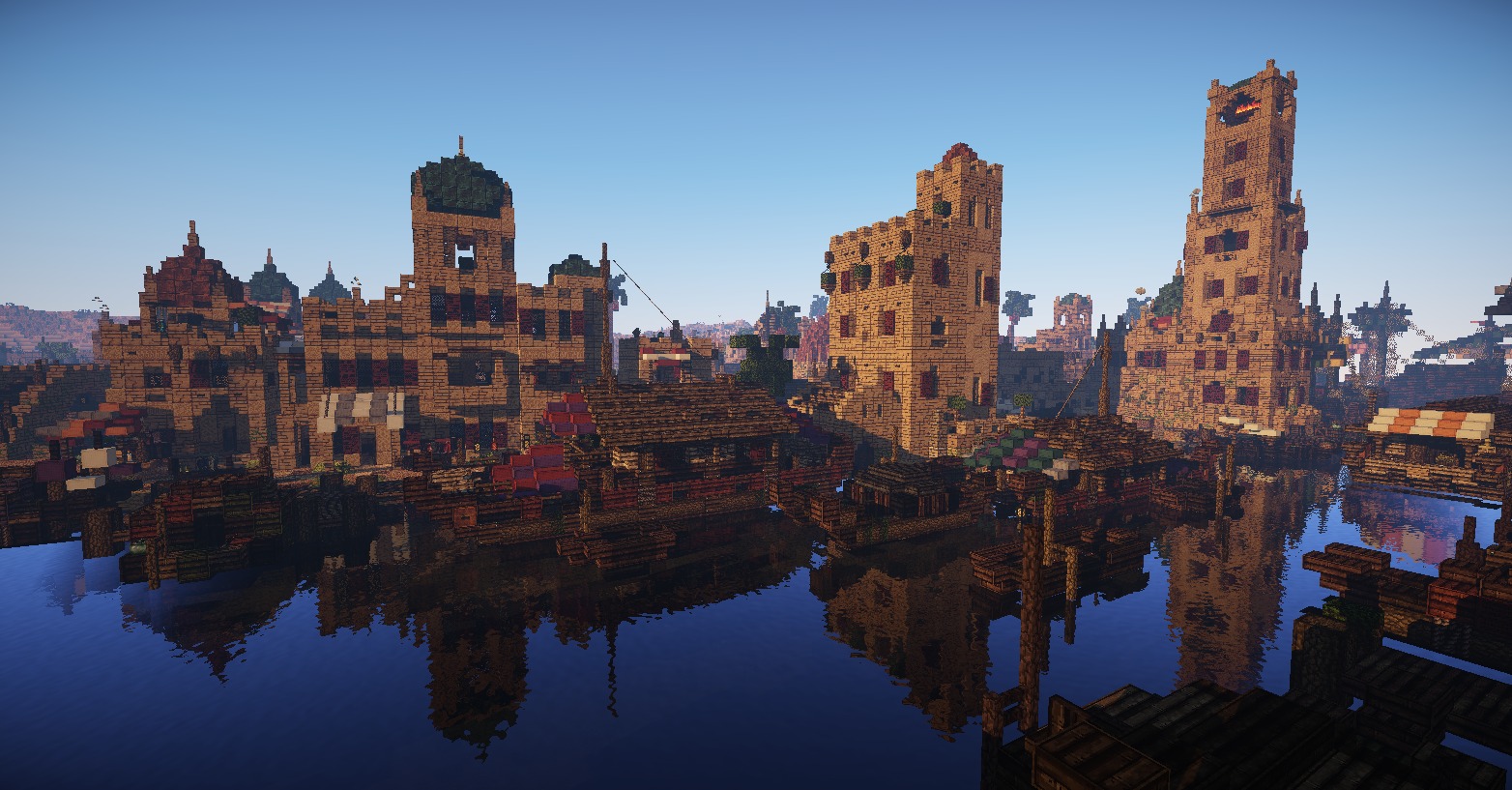 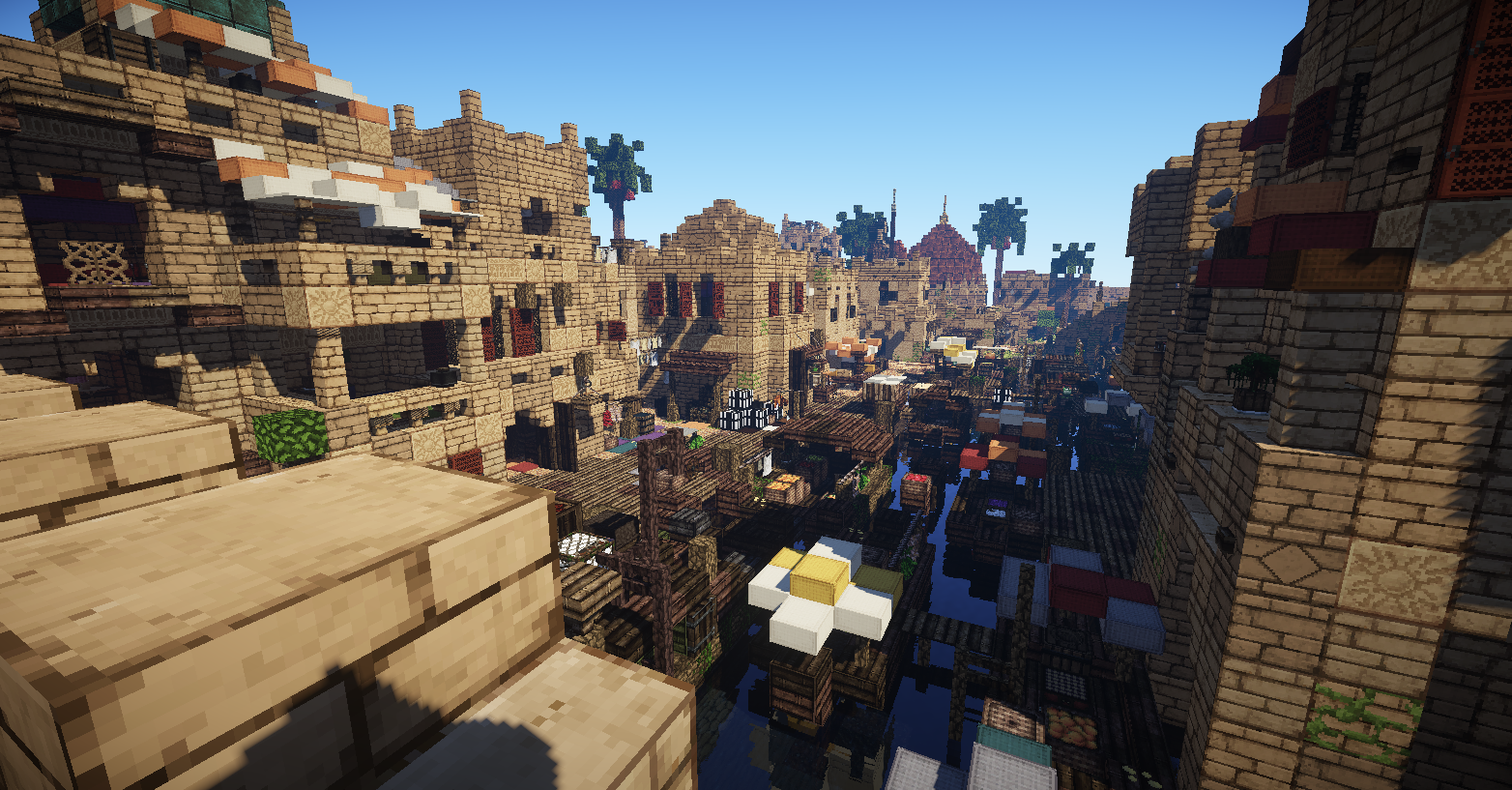 Planky Town is located at the mouth of the Greenblood in Dorne. It is hailed as the Home to the Orphans of the Greenblood, who are the Dornish decendants of Rhoynar who fled to Dorne after the Rhoynar Invasion. Plankytown is where the game cyvasse was introduced to Westeros. Many of the Orphans live on the river in houseboats and travel the Greenblood, as they once did on Mother Rhoyne, their old homeland in Essos.

This version of Planky Town by Bafflement replaces and older version by an unknown builder. It was started in late June 2014 and completed in September 2014. It was open to all builders and remained a quite active building spot during its construction.

The inspiration behind Planky Town came mostly from Moorish architecture. The Orphans of the Greenblood boats are based on the Flatboats of the Mississpipi.

Plankytown was featured in Episode 24 of WesterosCraft Walks. DutchGuard interviews Bafflement as they explore the area.