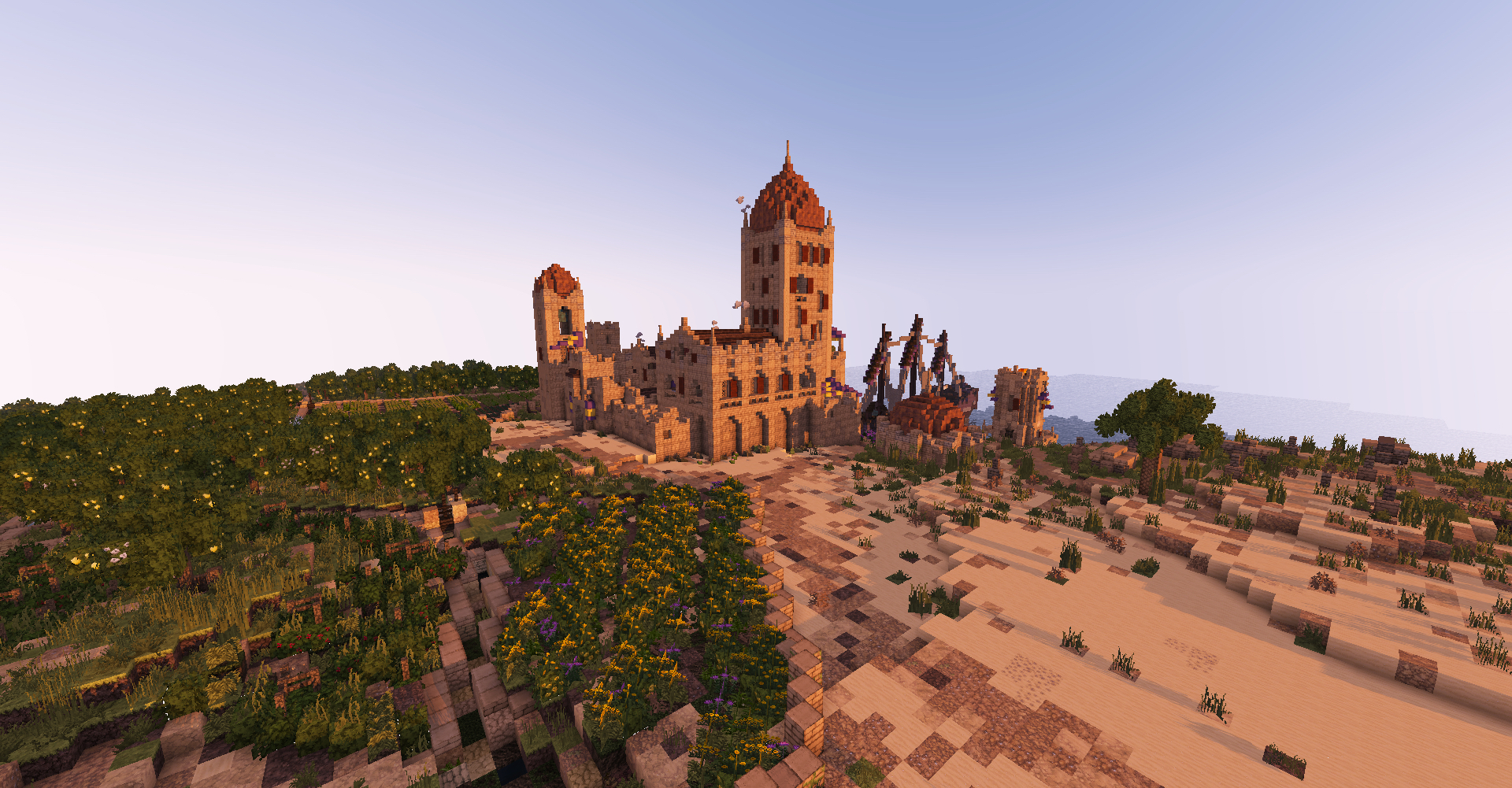 Lemonwood is the seat of House Dalt, a knightly house in Dorne, on the southern shores of the Greenblood immediately south of Planky Town. The knightly houses is likely one of the protectors of Plankytown, the bustling market town and port at the mouth of the Greenblood, the major artery for trade in Dorne. House Dalt's sigil includes lemons on a purple field. An extensive orchard of lemons and other fruits gives Lemonwood its name and also connects to the sigil of the knightly house.

Bafflement built Lemonwood shortly after completely Plankytown, which further intertwines the two builds into a cohesive unit. The current Lemonwood replaced an earlier version built by NickShaiB in August 2012, before the complete overhaul of the Dornish textures, palette, and terrain.

Lemonwood is inspired largely by Moroccan castles and uses a similar style of palette and architecture as neighboring Plankytown. The orchards use an ancient type of irrigation and although the majority of the orchard is lemons, there are other citrus trees, herbs, and crops as well.

Lemonwood was featured in Episode 37 of WesterosCraft Walks. DutchGuard begins in Plankytown before explore the orchards, the castle and its battlements.