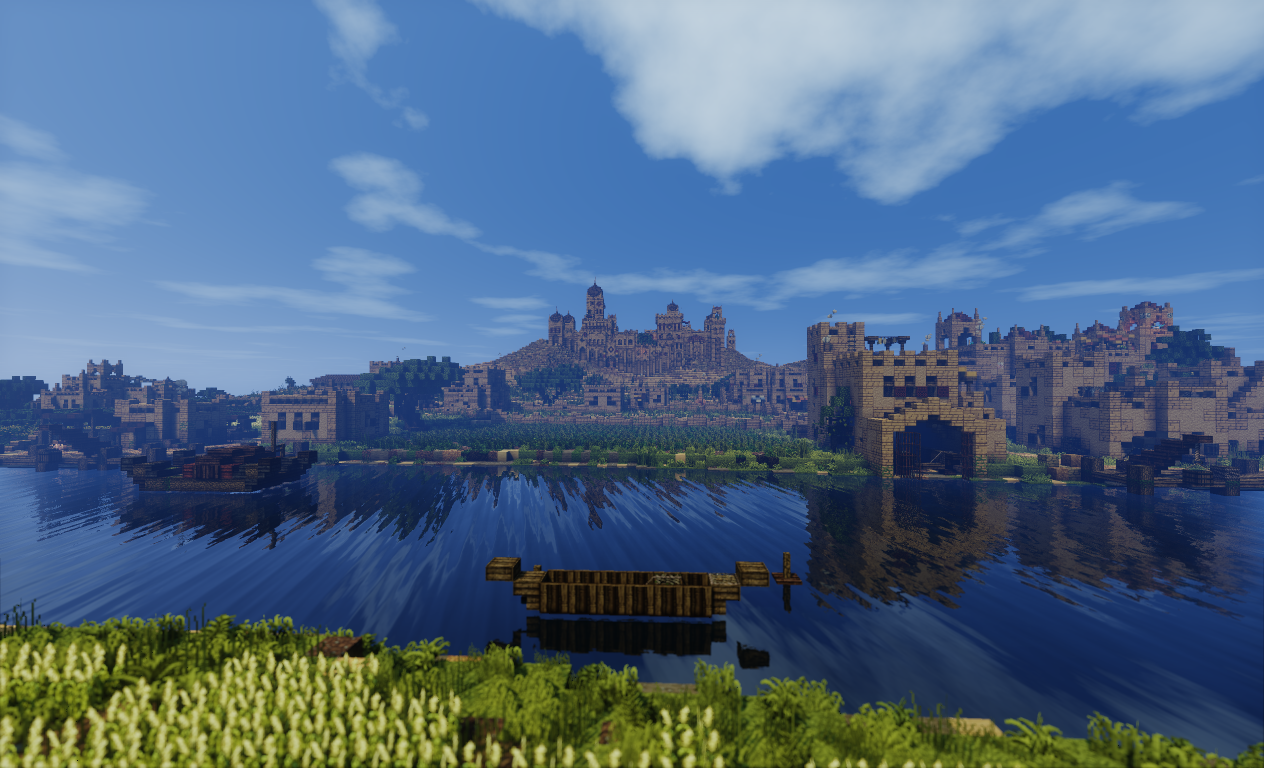 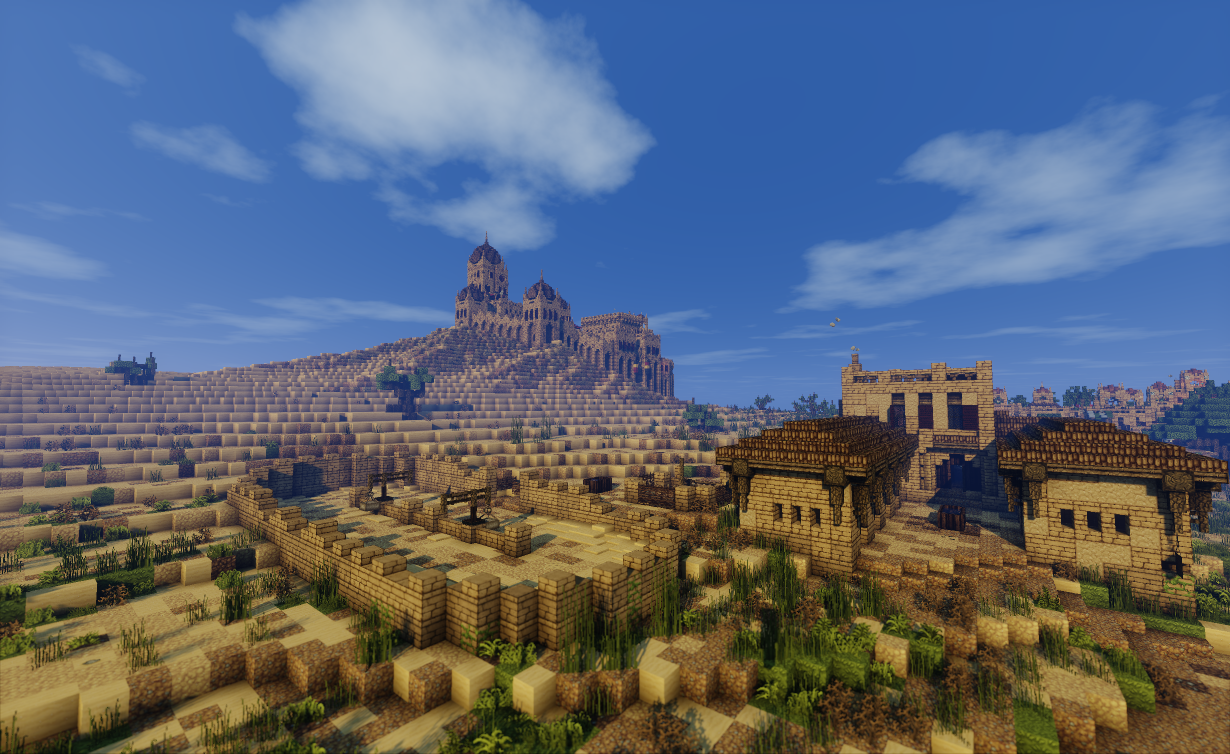 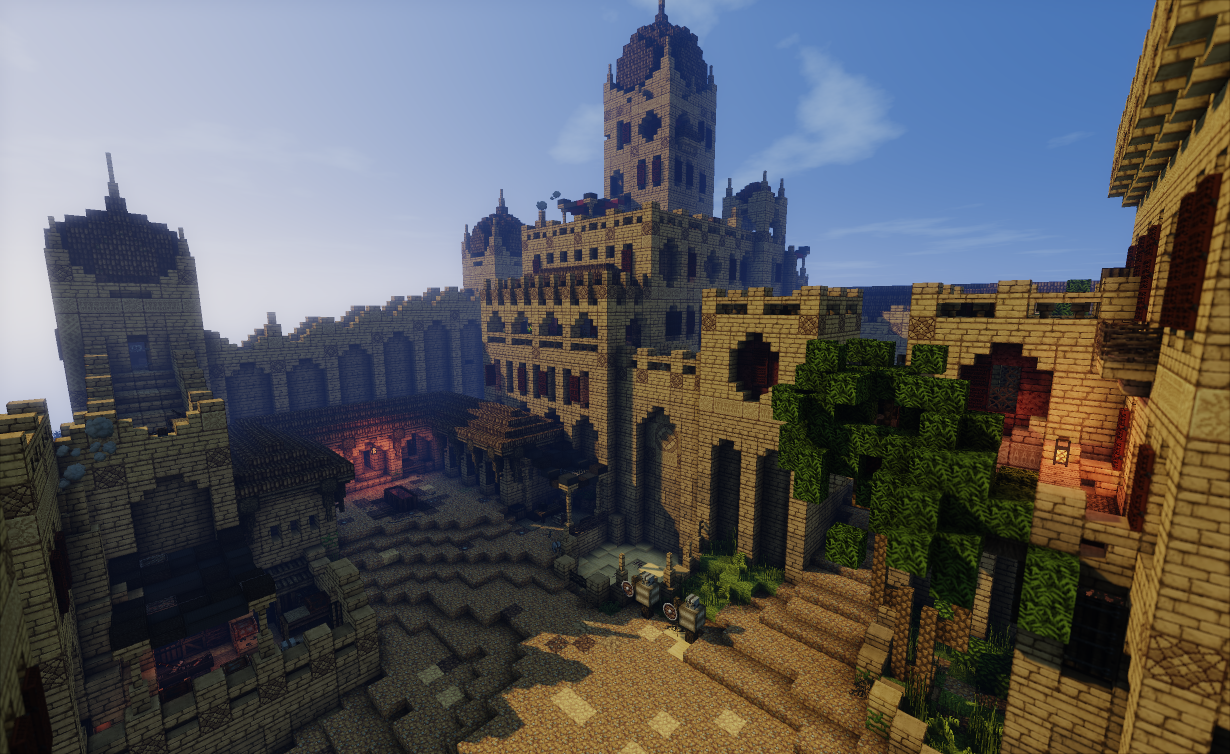 Godsgrace is the seat of the noble Dornish House Allyrion. It is located where the Scorge and the Vaith meet to form the Greenblood. House Allyrion originated with the Andal invasion of Westeros. Their sigil is a golden hand on gyronny red and black. The house words are "No Foe May Pass."

The current head of House Allyrion is Lady Delonne Allyrion. Her son and heir is Ser Ryon Allyion, married to Ynys Yronwood. They have two children together, and Ryon has one Bastard son of notoriety- Ser Daemon Sand.

Godsgrace was started on Feb 17th 2015, and it was completed on June 4th 2015. Building of Godsgrace went quickly, and it was considered a probation build location for 3 of those months. The current version of Godsgrace replaces an older version built by a currently unknown builder. Old Godsgrace can be found at /warp oldgodsgrace

Inspiration for this build was taken from examples of Moorish architecture found on the web. Anyone interested in viewing those images can check out the original application for the build. Other inspiration for Godsgrace came from our servers other builds in Dorne such as Vaith and Ghost Hill specifically.

The build sits on the north side of an exotic river, so much of the planning revolved around how that land would be considered extremely valuable in the desert. Food production would of been taken very seriously and so irrigation was a must, and served as the irreplaceable backbone to the planning of the lands.

Godsgrace was featured in Episode 85 of the WesterosCraft Walks, released on February 4, 2019.