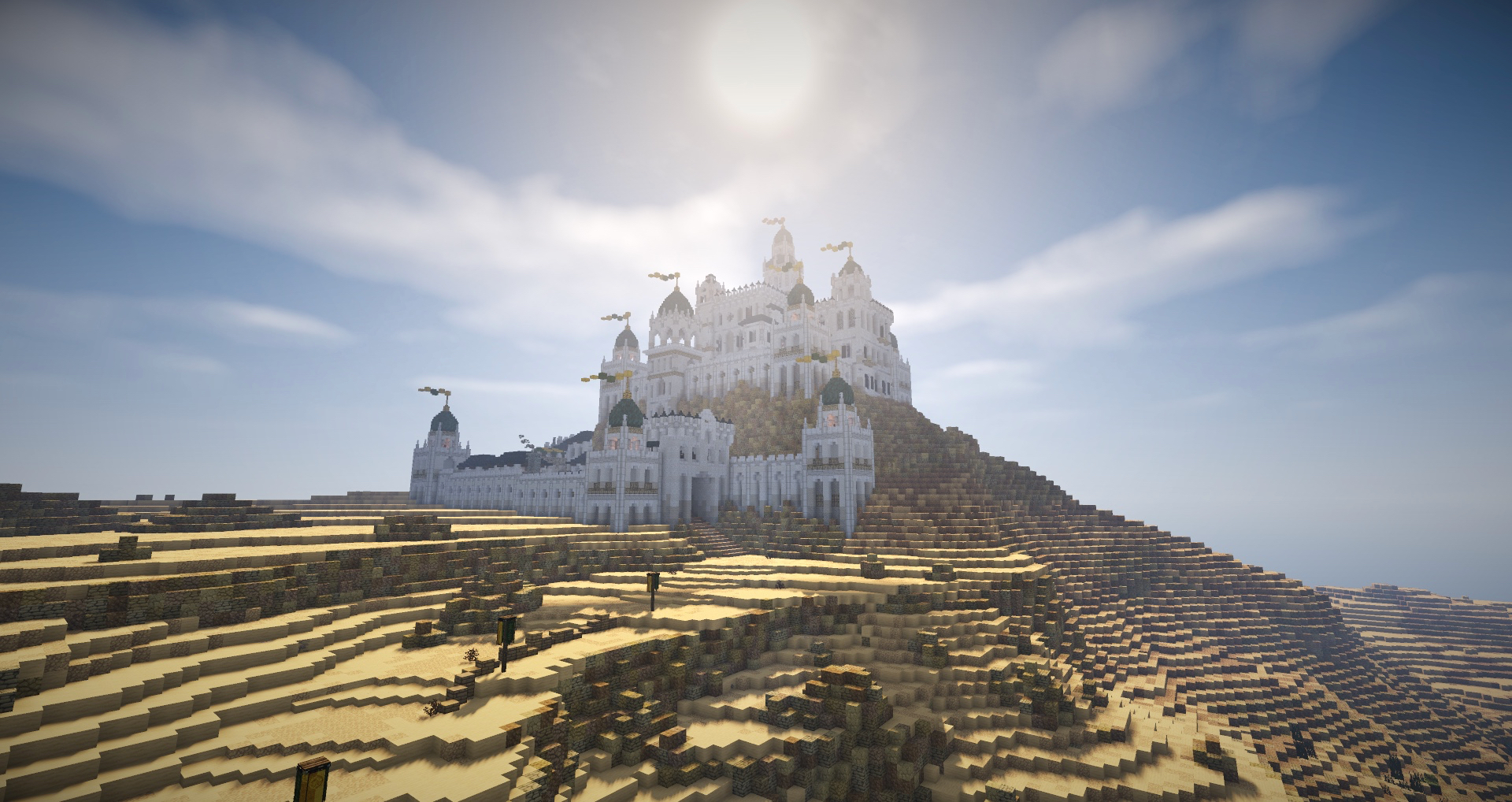 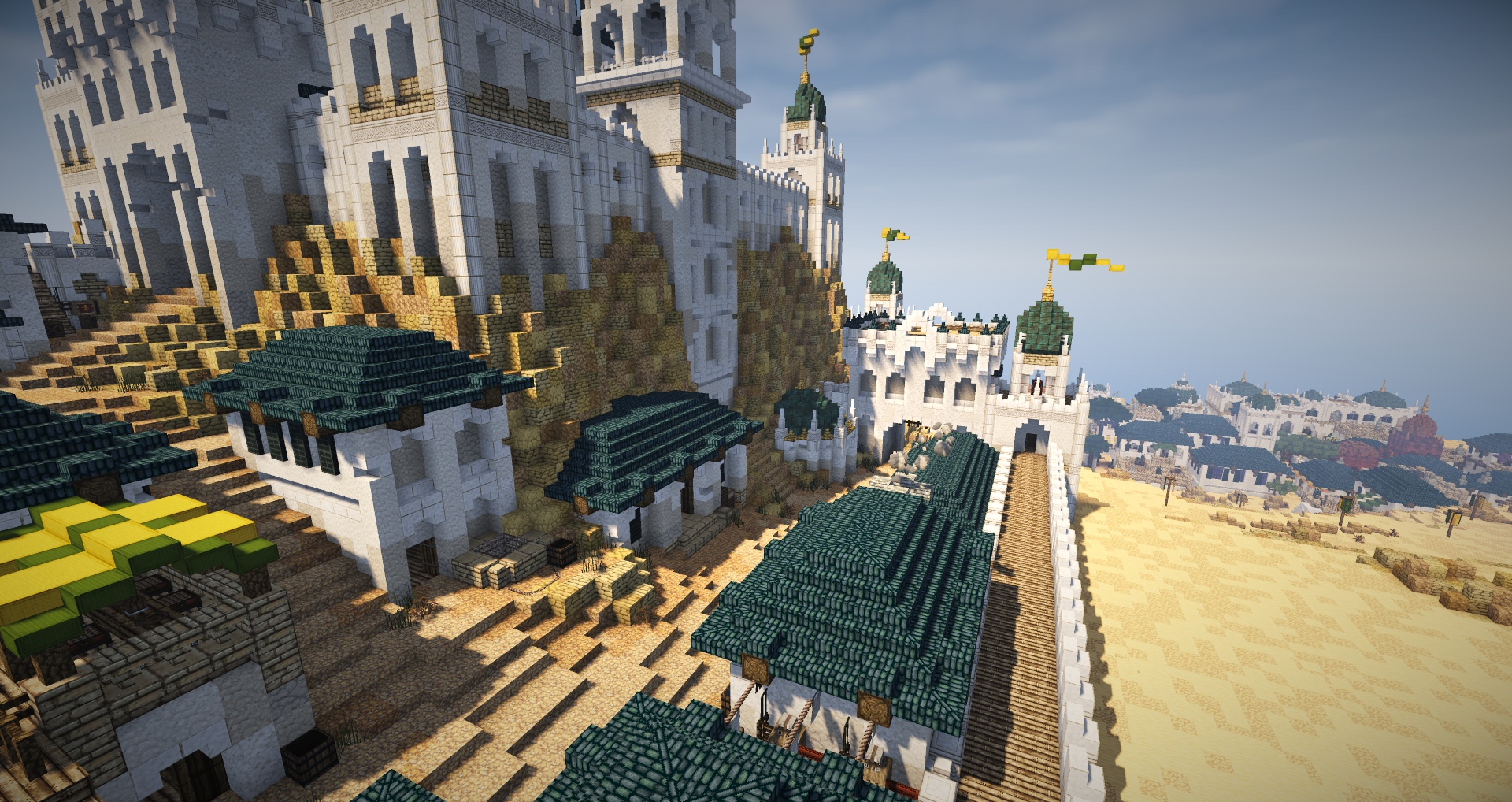 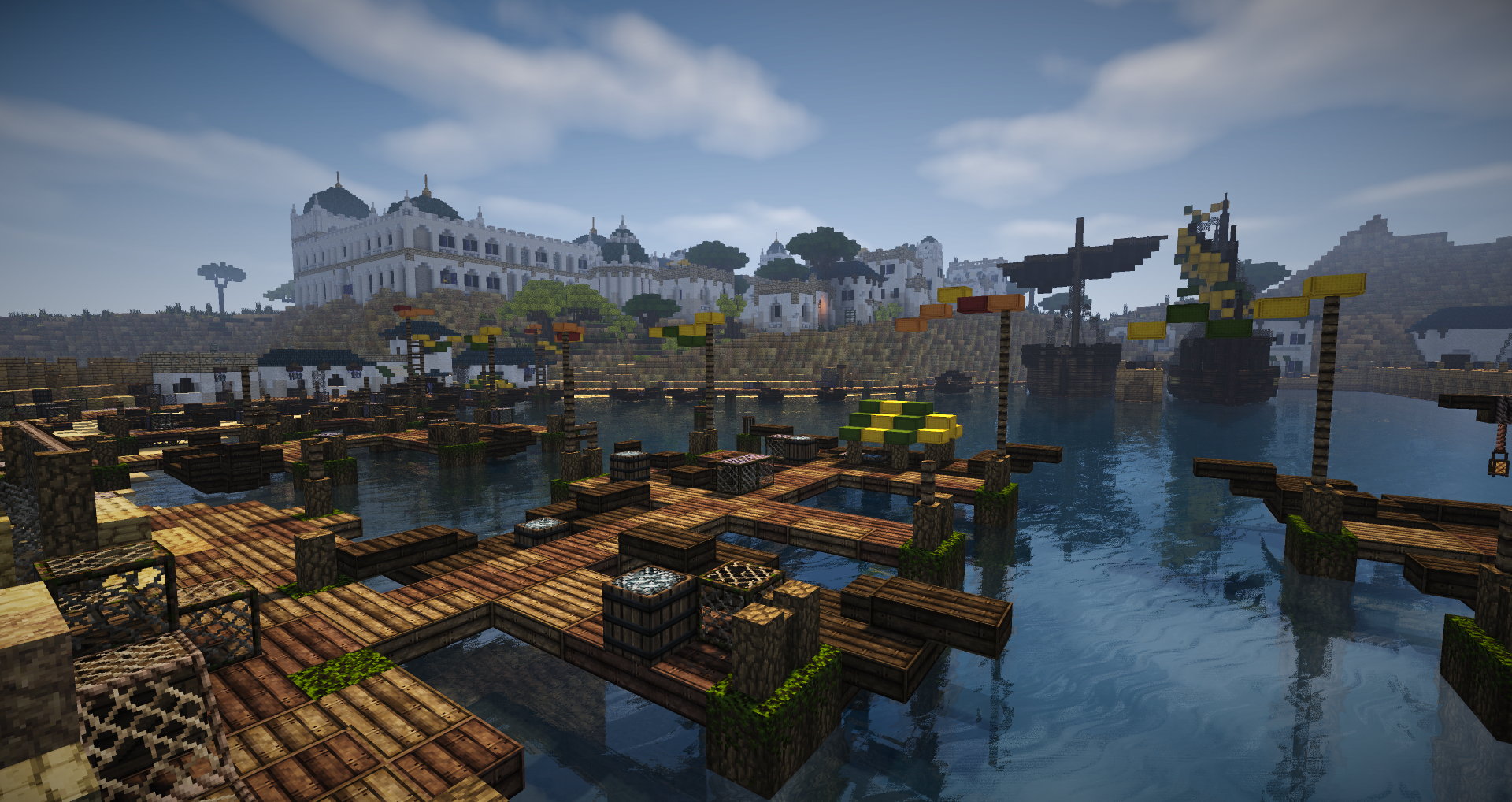 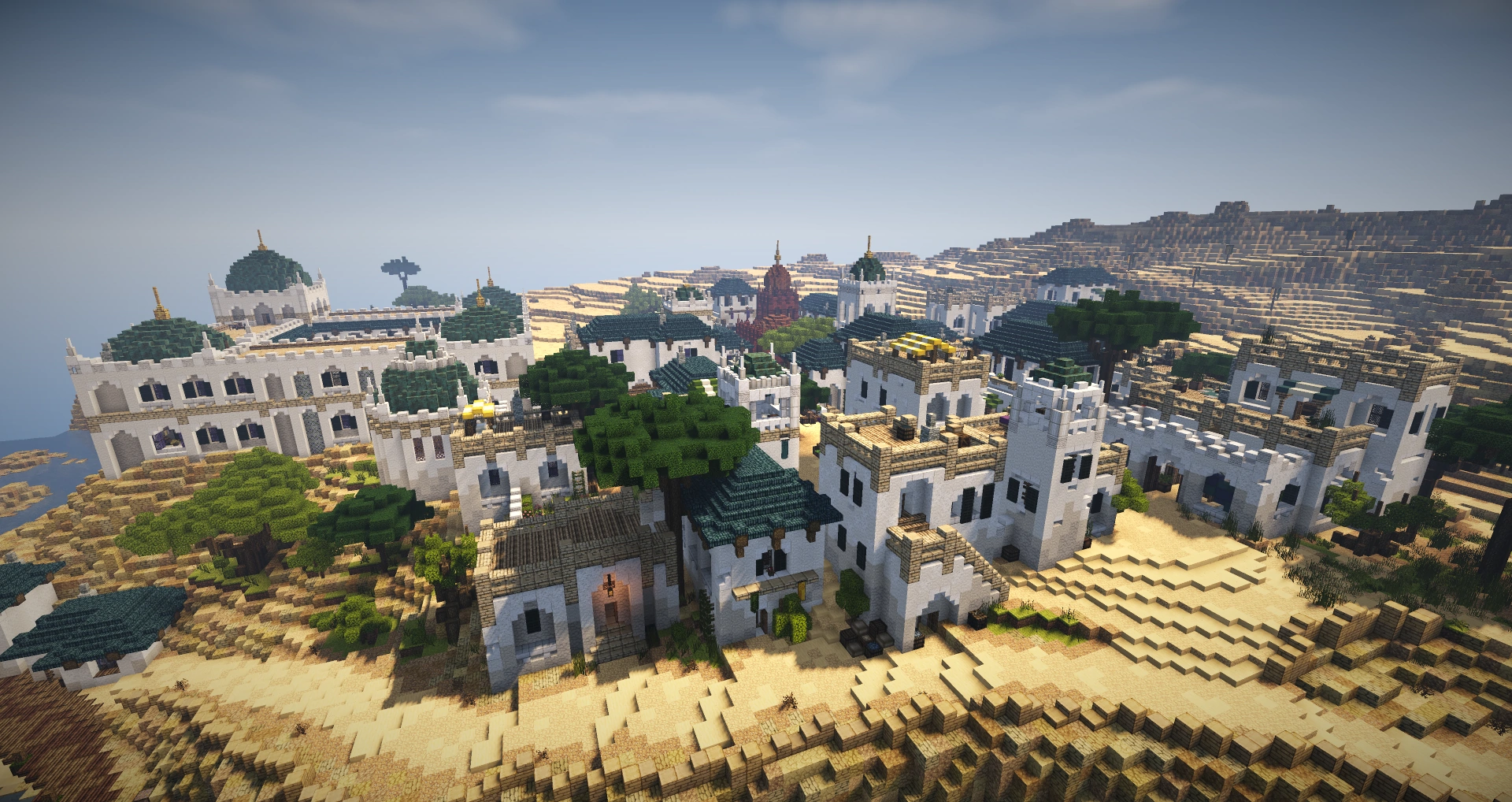 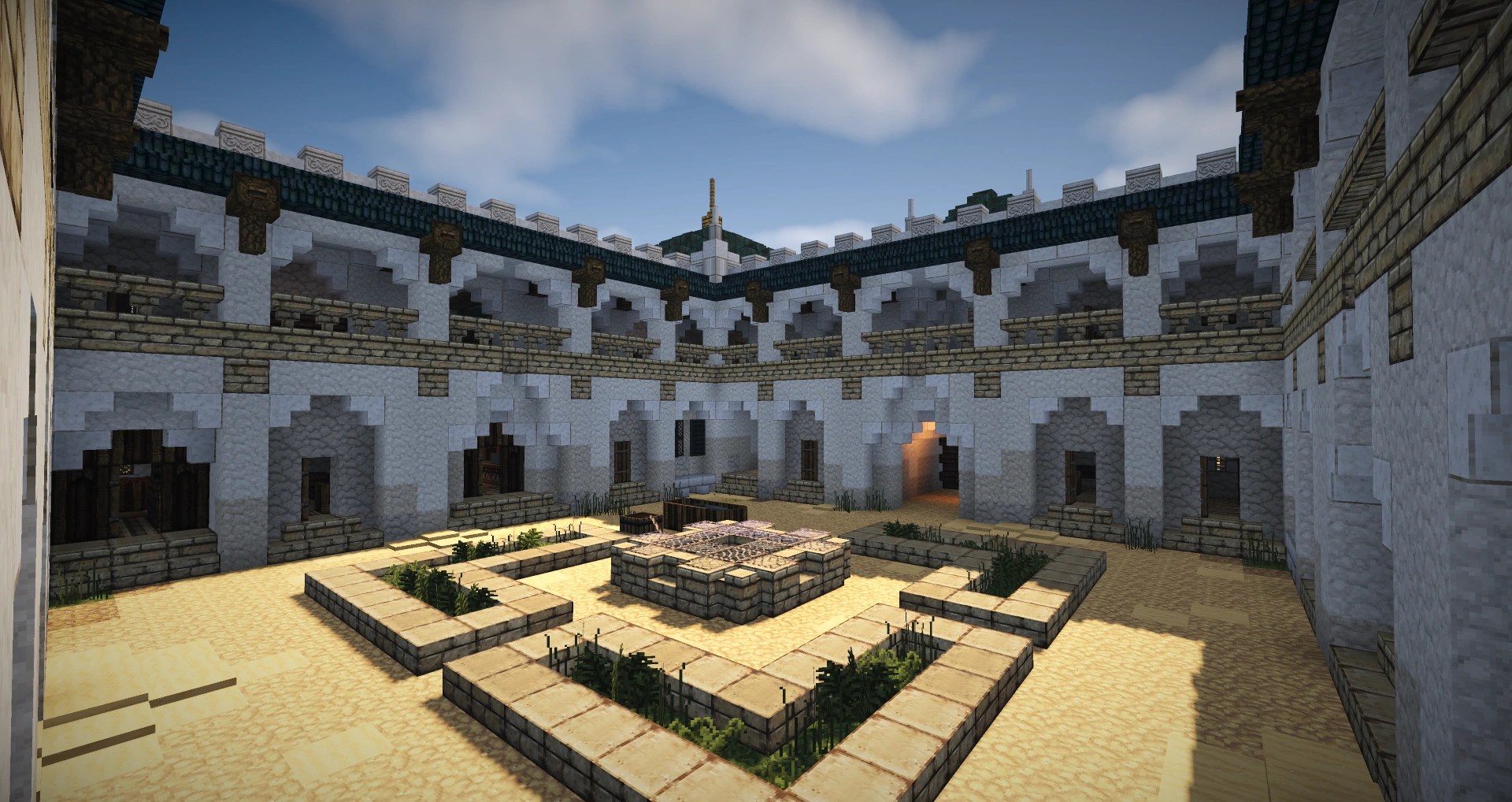 Ghost Hill is one of the premiere harbors for traders and travellers sailing between southern Westeros and Essos. Dornish travellers wishing to sail north might consider setting out from Ghost Hill, so as not to risk their lives in the Stepstones amidst the pirates and mercenaries.

House Toland is noted for "successfully resisting" Aegon the Conquerer's dragon conquest. Rather than face them on the field of battle or a siege, they instead left behind their fool to fight as a champion while the noble family and their army escaped into the sands. They returned some time later, after Aegon had moved on.

Their sigil is a green dragon biting it's own tail (a.k.a an ouroborous) on yellow.

While there had never been an approved Ghost Hill beforehand, there were a few failed applications. Until the current Ghost Hill, it had been known as a "cursed" build. If you compare SMP's first app, a year prior, you can see the similarities to the final Ghost Hill.

Inspiration for the final Ghost Hill included a bell tower in Seville called Giralda, the white and blue buildings of coastal towns in Greece, such as Santorini, as wells as other features from Dornish builds.

Ghost Hill was featured in the episode 58 of WesterosCraft Walks. DutchGuard begins in the harbour, shows the caravanserai and the the temple of R'hlorr. Later he visits the castle and finishes at the top of the belltower.