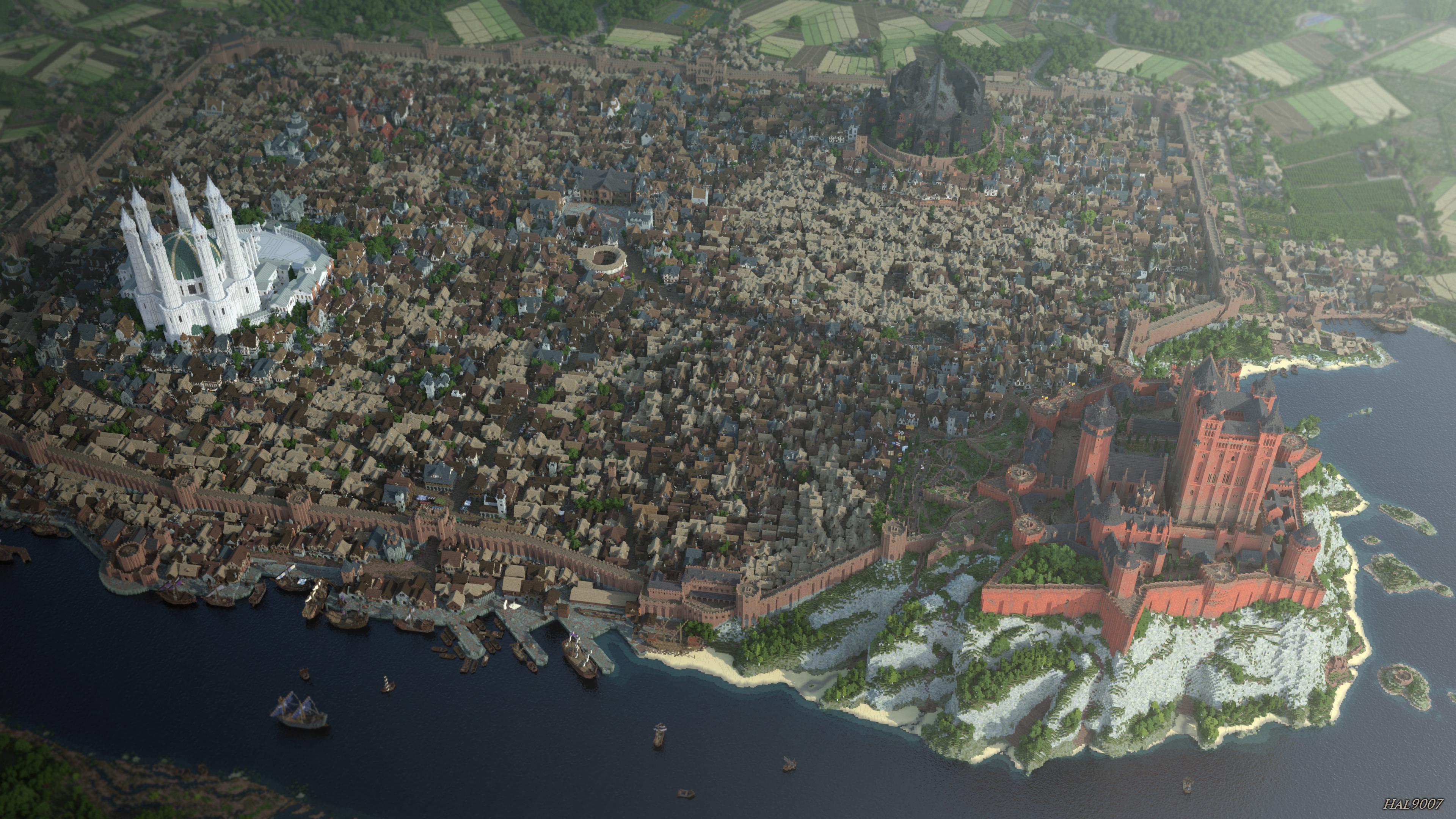 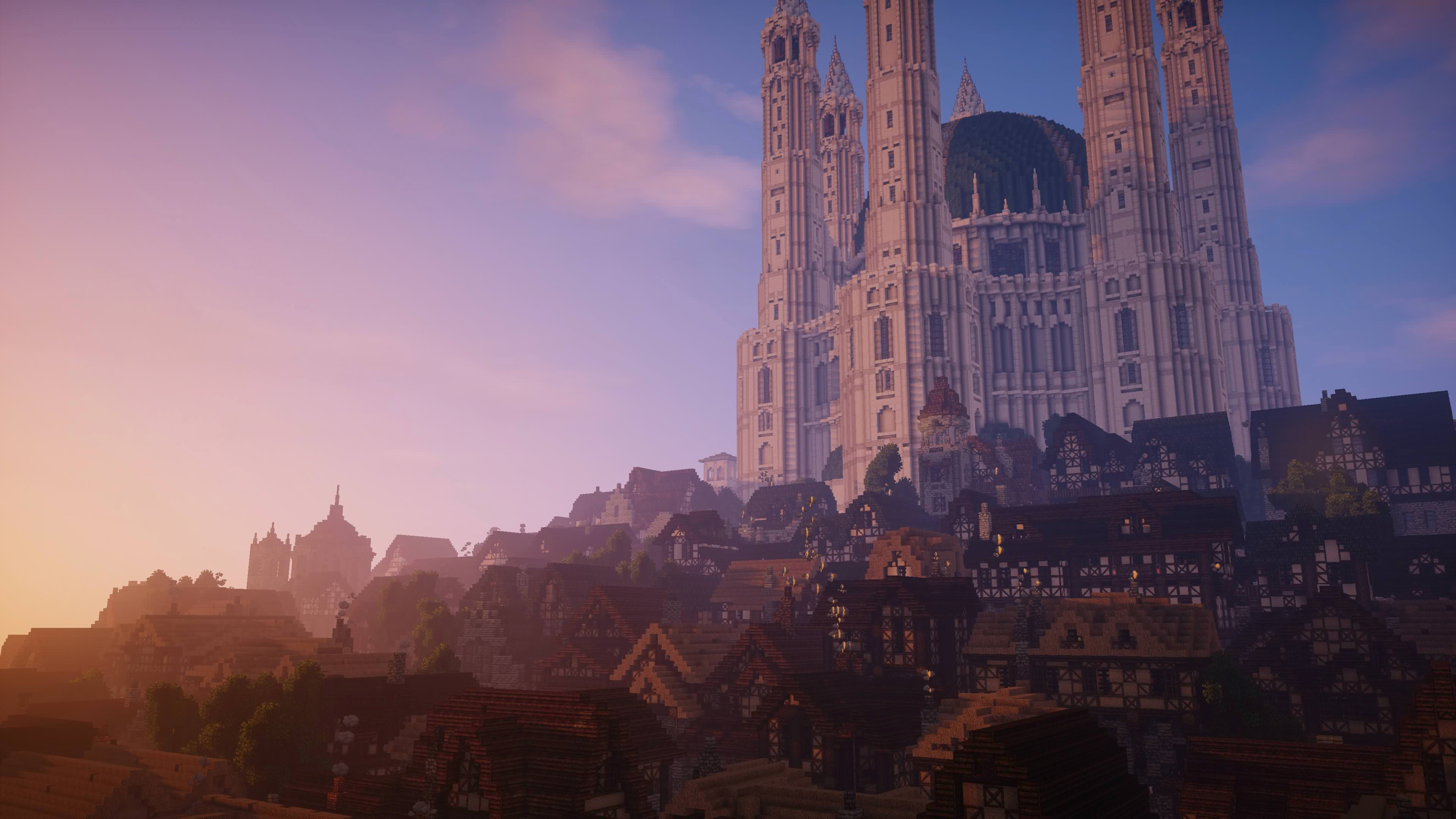 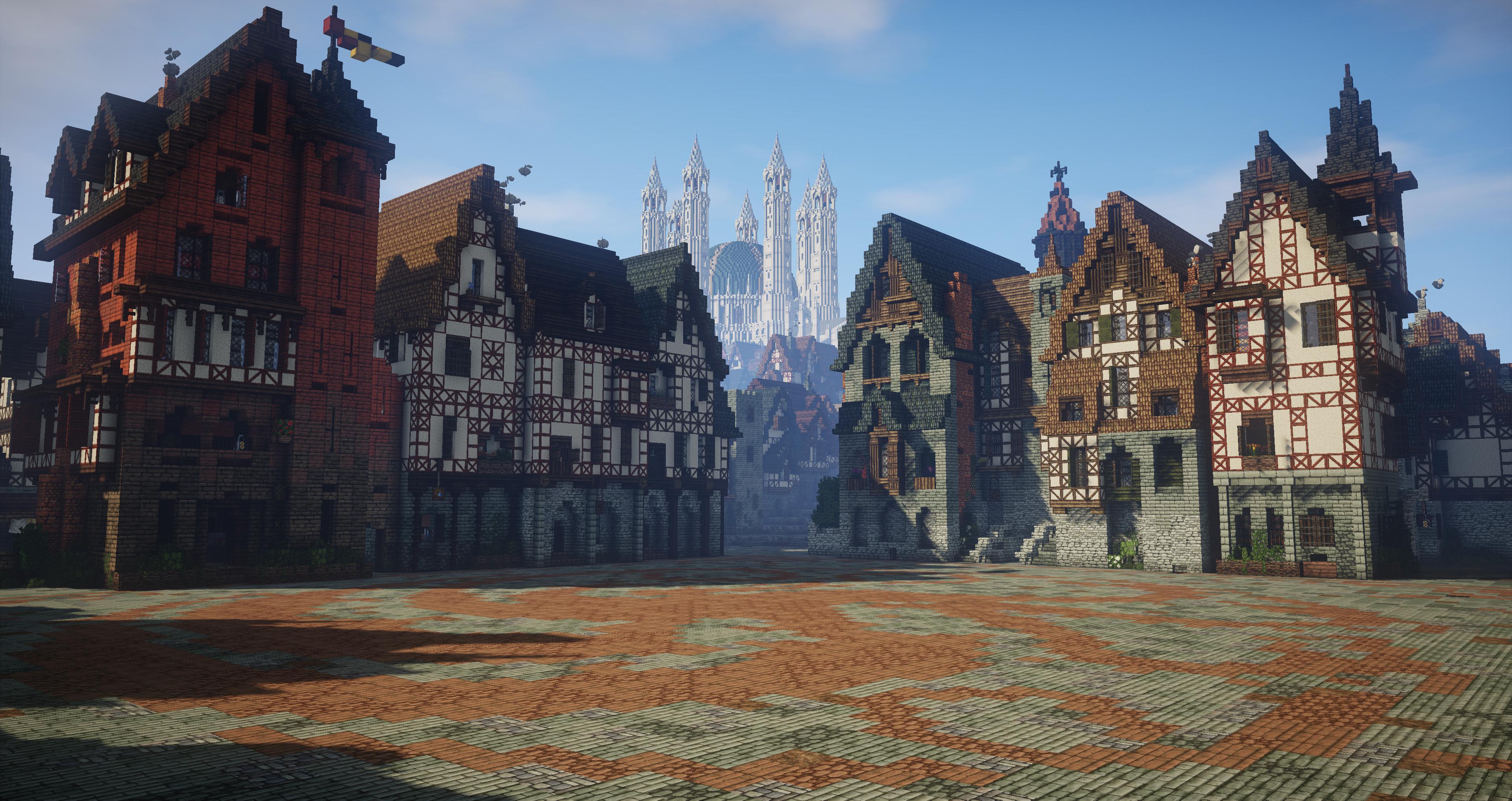 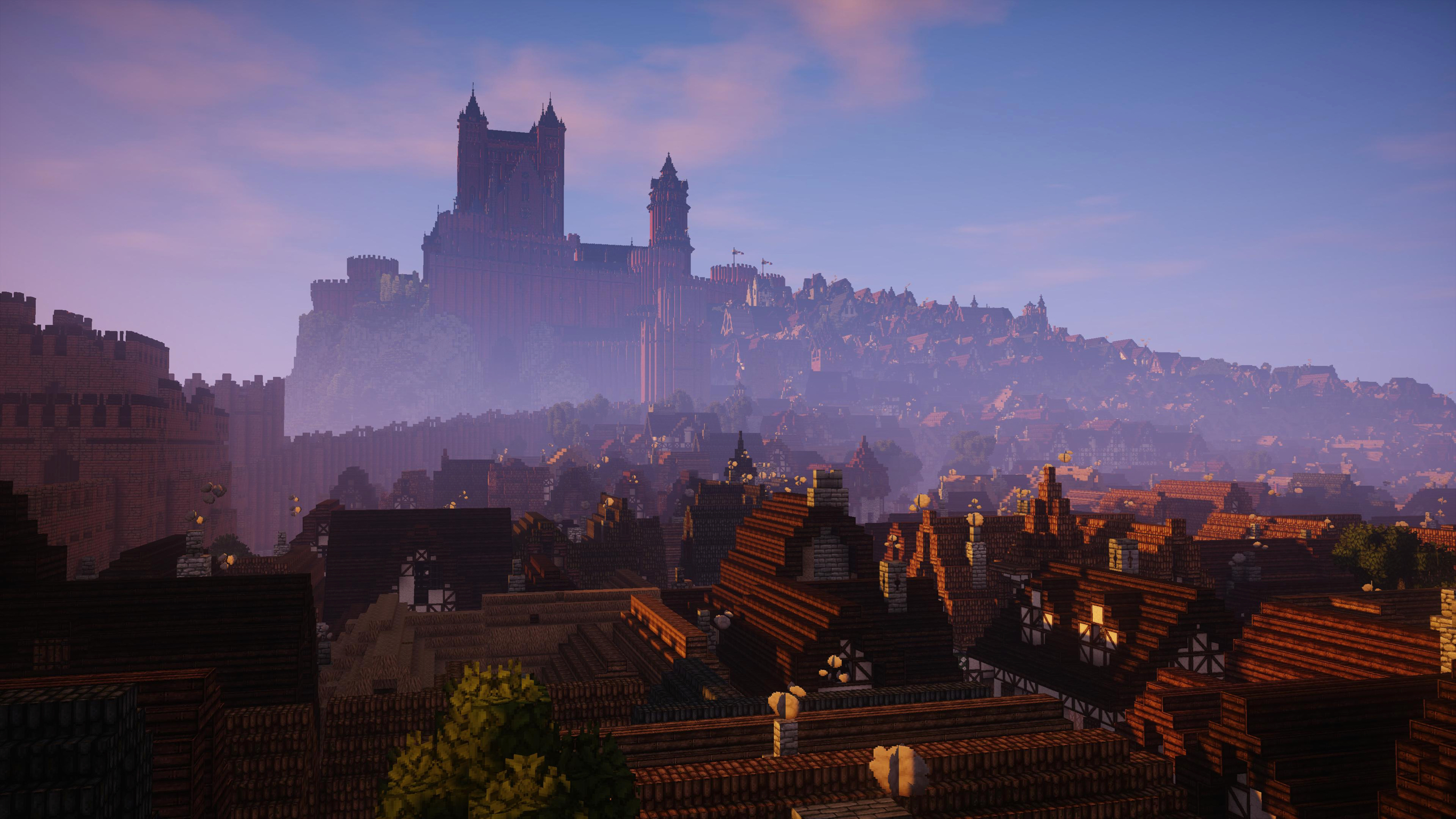 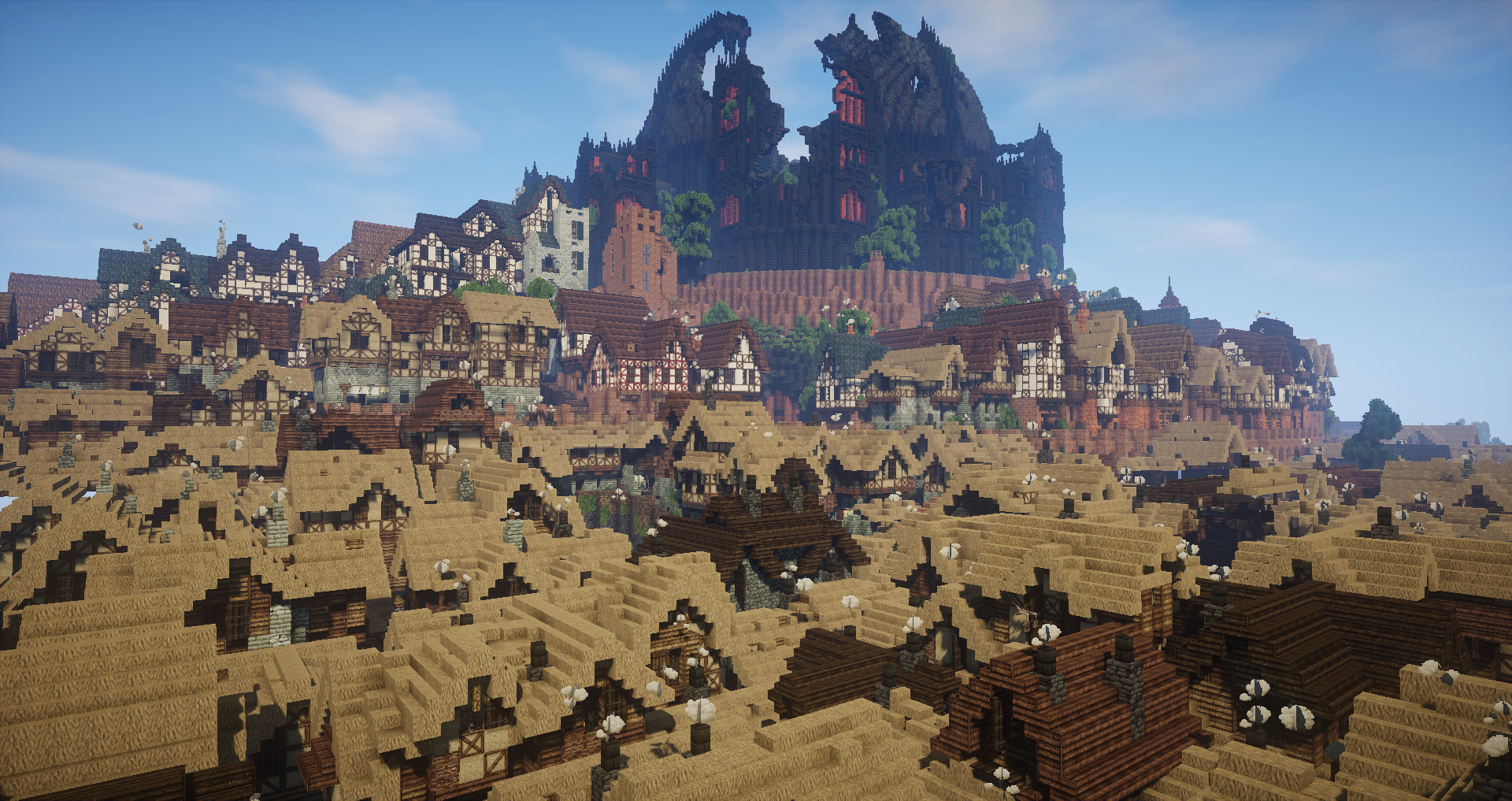 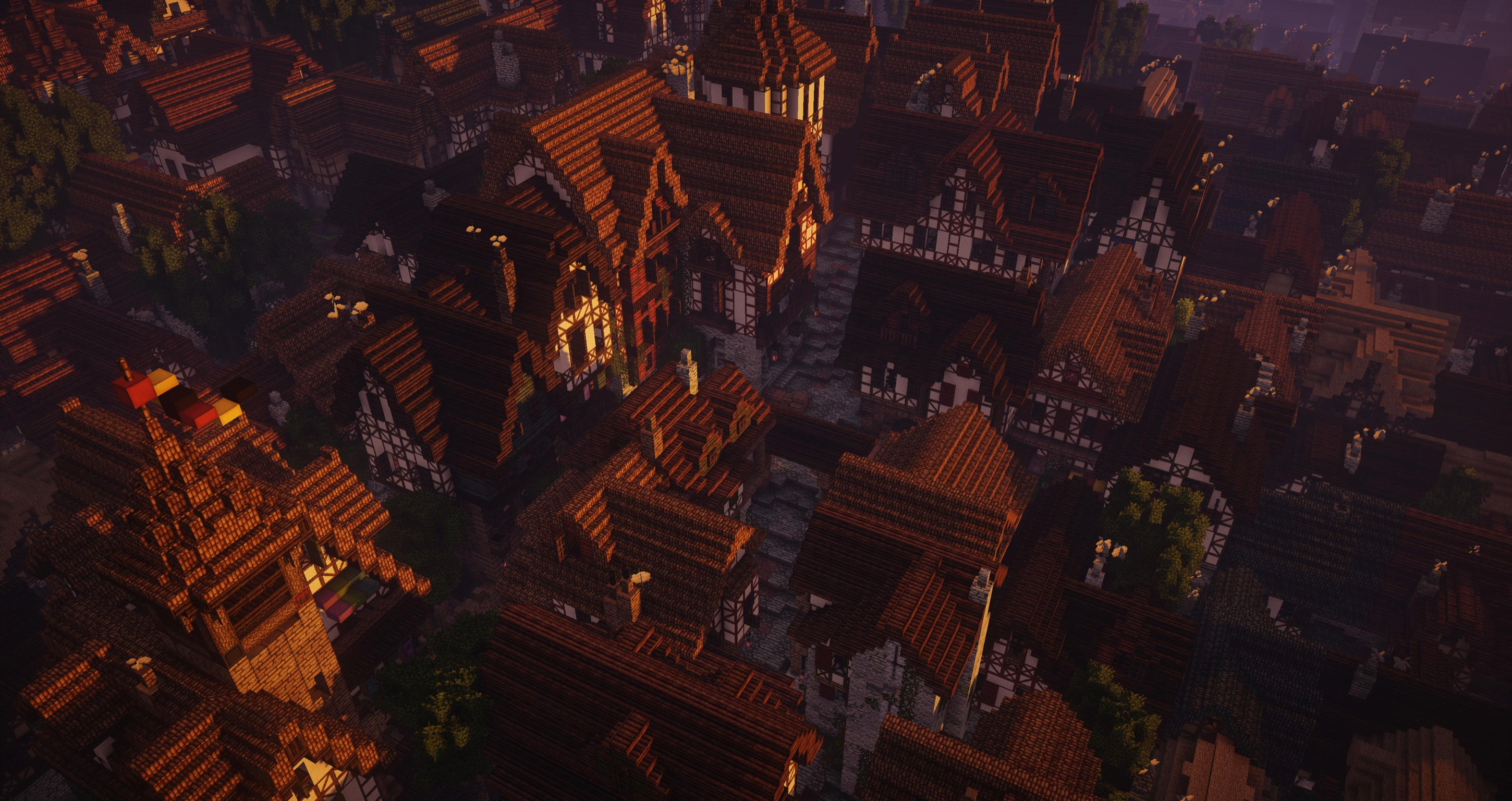 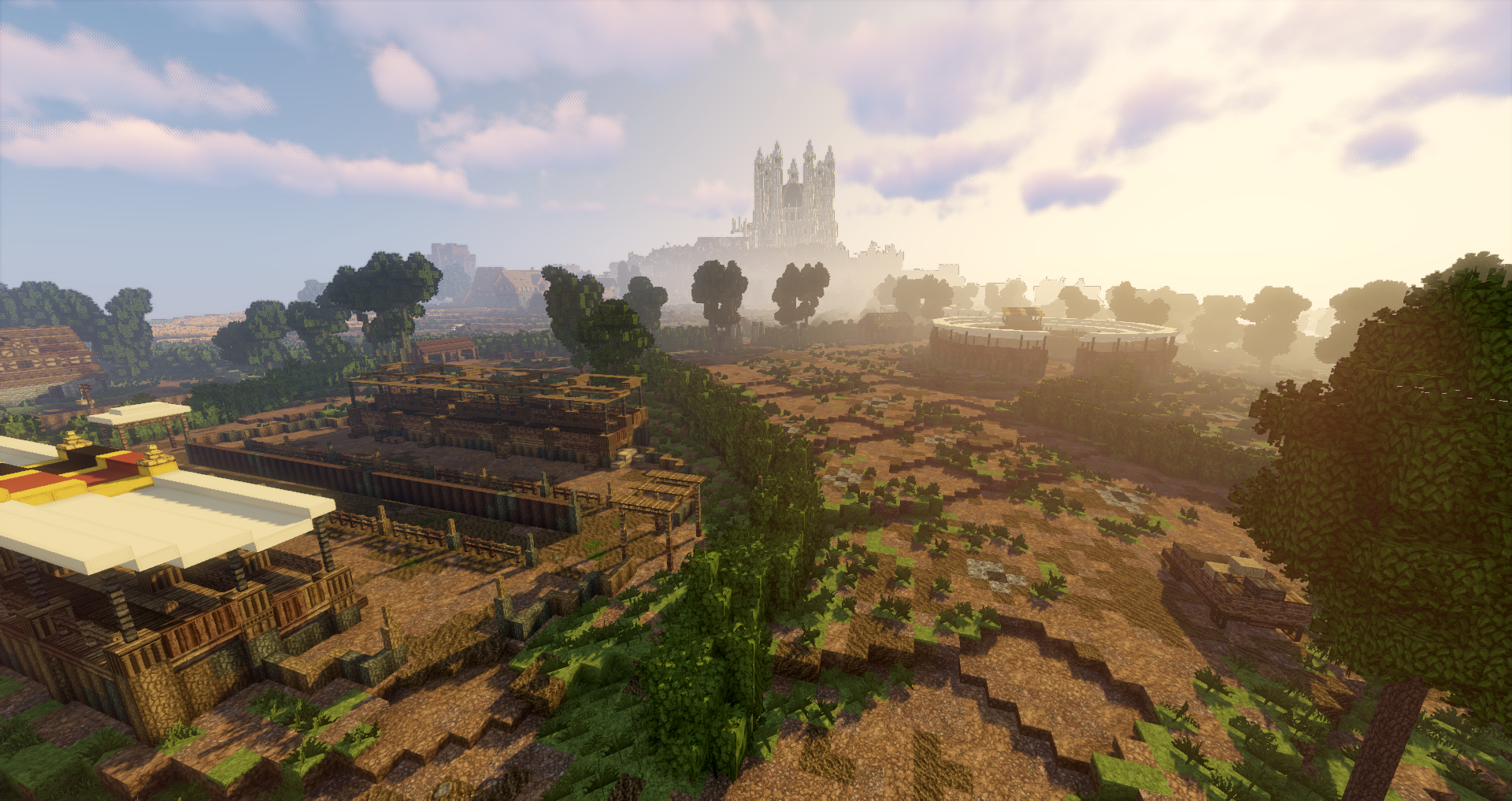 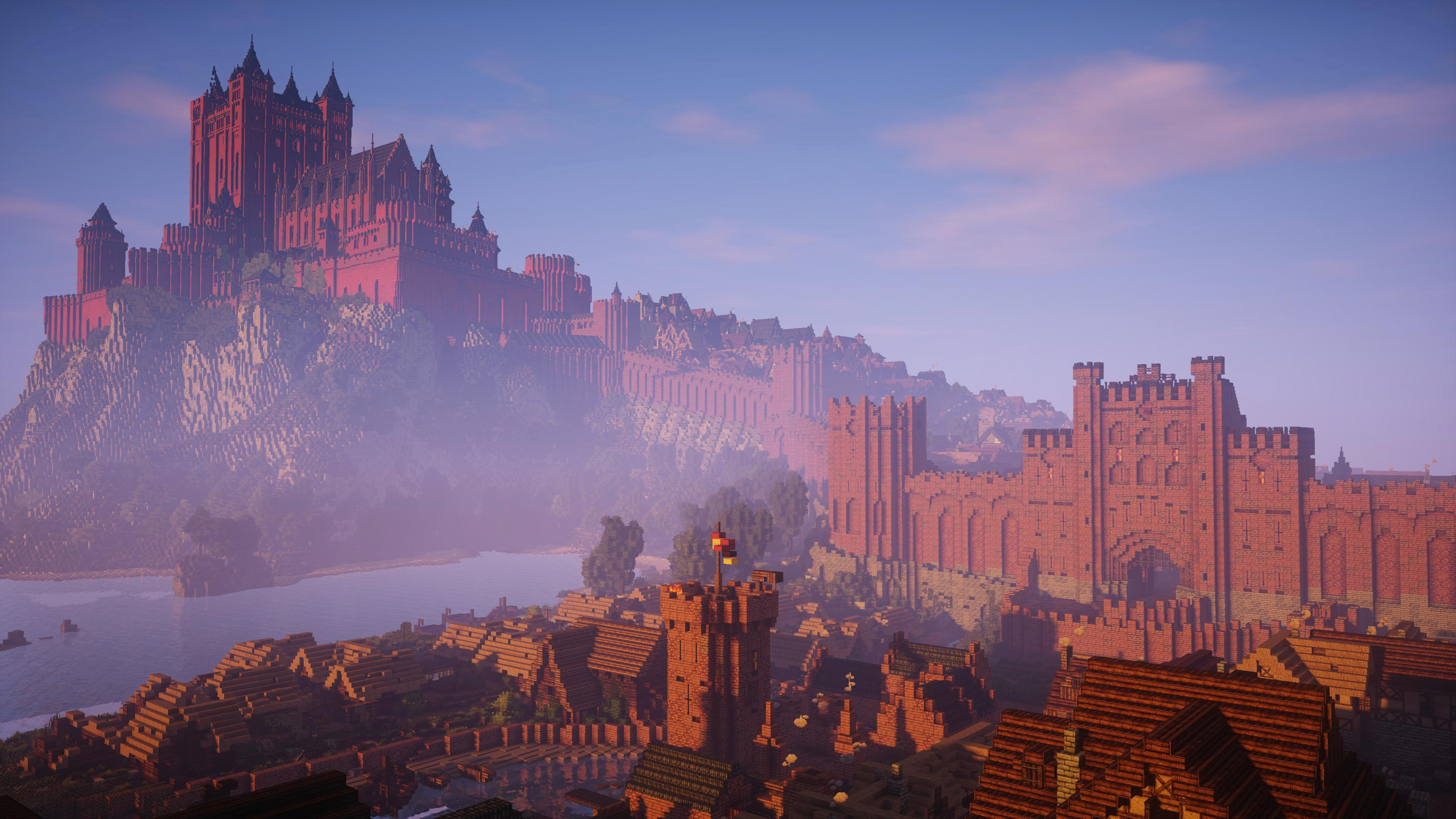 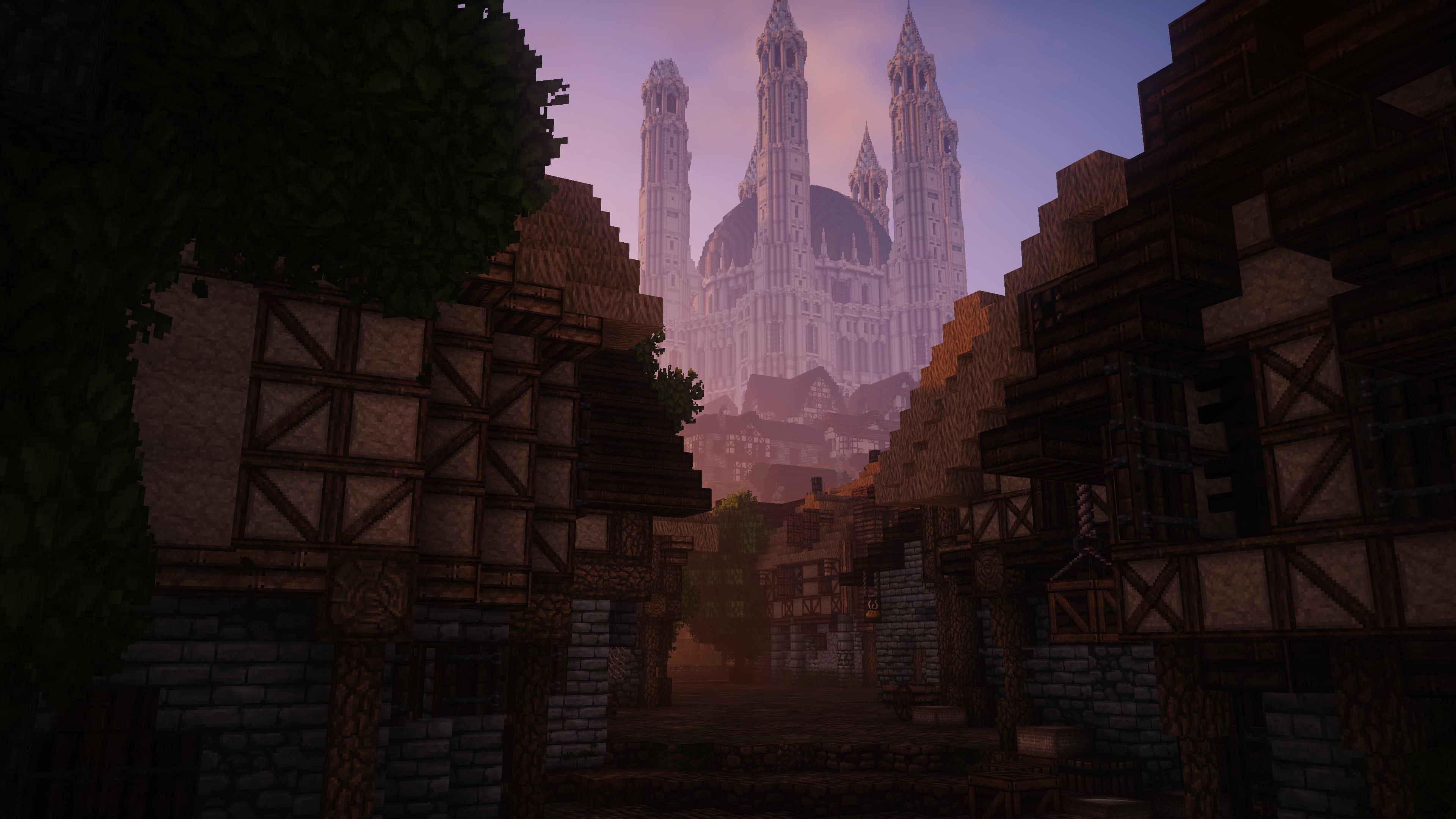 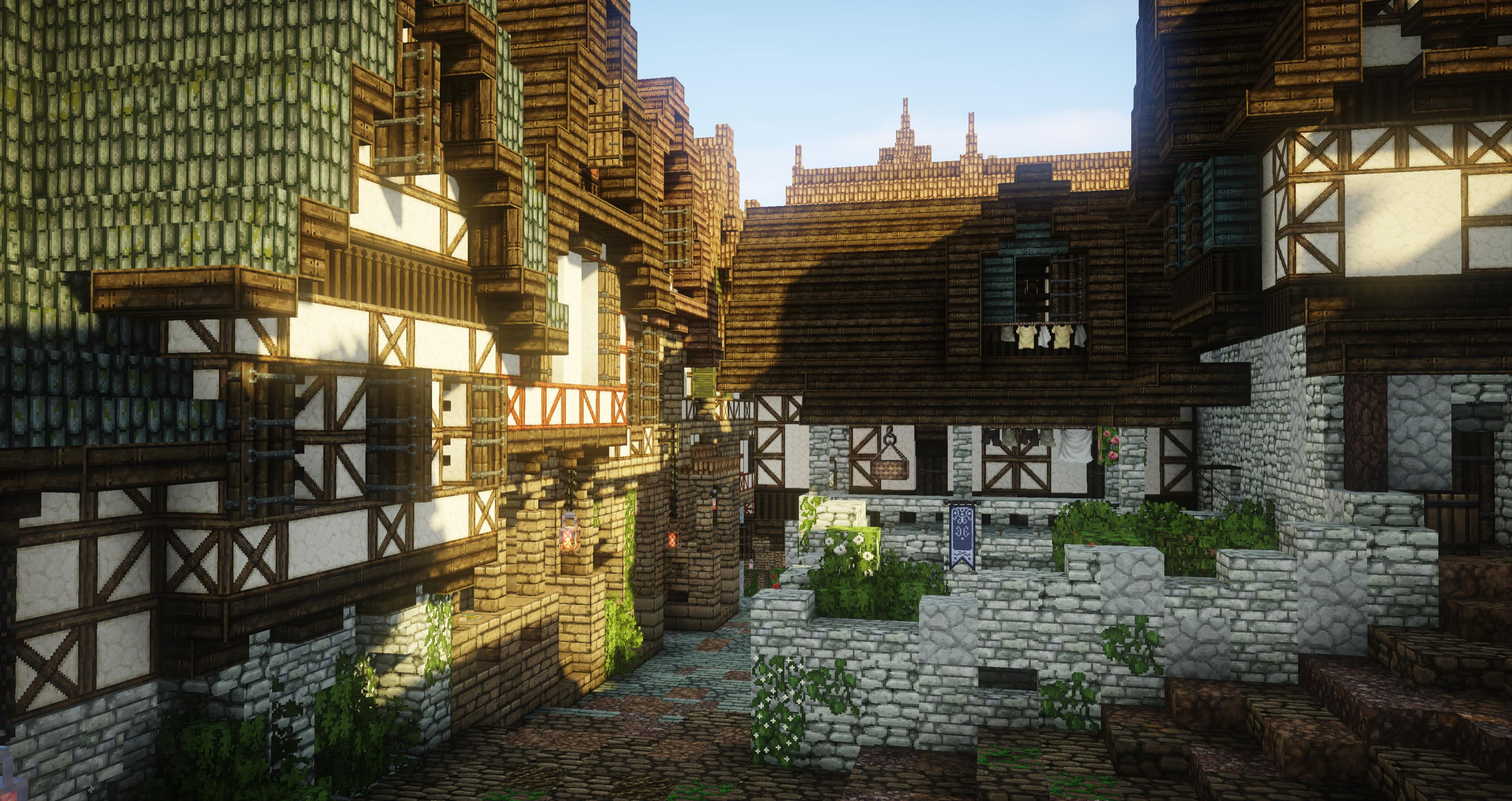 King's Landing is the capital of the Seven Kingdoms, and its second largest city after Oldtown. The city was founded on the site where Aegon I (Aegon the Conqueror) landed on the mainland of Westeros from the Targaryen fortress on Dragonstone. What was once only hills and forest became the center of politics, religion, and trade on the continent in its three-hundred year history. The population of King's Landing is estimated around a half million, but swells during times of war when it is flooded with refugees.

Geographically, the city is located where the Blackwater Rush empties into Blackwater Bay in the Crownlands, north of the Kingswood. Several major roads connect the capital to the rest of the Seven Kingdoms. The Kingsroad stretches north through the Riverlands, past the Vale and all the way to Winterfell and The Wall in the North, it also continues south to Storm's End in the Stormlands. The Rose Road branches southwest through the Reach towards Tumbleton, Highgarden, and Oldtown; while the Gold Road crosses the Blackwater Rush towards Casterly Rock and Lannisport in the Westerlands. The port of King's Landing is busy with ships from all major cities in both Westeros and Essos. Historically, the trade in the ports of nearby Duskendale and Maidenpool was diminished as King's Landing grew into a major center of trade.

The city is built on three hills named after Aegon the Conqueror and his sisters Visenya and Rhaenys. Aegon's High Hill is the tallest and was the site of the Aegon Fort, a earth-and-timber fort first constructed when Aegon's forces landed. This rudimentary fort was expanded over the years until Maegor I "Maegor the Cruel" constructed Maegor's Holdfast, the beginning of what would grow in the Red Keep, the Targaryen palace that rises above the city and overlooks the bay from its prominent cliff and includes the Iron Throne. Rhaenys' Hill rises to the north where the Targaryen's built the Dragonpit, a massive dome that once housed the royal dragons until it fell into ruins. Before the Dragonpit, the Sept of Remembrance was located on this hill, which honored Queen Rhaenys' memory. Visenya's Hill rises to the west and is crowned by the Great Sept of Baelor, which sept replaced an earlier sept built by Aegon and the First High Septon. King Baelor I moved the center of the Faith from Oldtown's Starry Sept to King's Landing.

In its early years, Kings Landing was a "city without walls" because it was protected by the Targaryen dragons, but Aegon ordered that walls be constructed in 19 AC and they were completed by 26 AC. The walls are manned by the City Watch of King's Landing and include seven gate houses and although they were built to leave room for the city's future growth, the city has since overflowed into the surrounding lands. The city is connected by several broad streets, such as the Street of the Sisters from the Dragonpit to the Great Sept of Baelor, the River Row along the Blackwater, the Muddyway, the Street of Steel on Visenya's Hill, among others. In the center of the city is the Dragonsquare, which is surrounded by important guilds, a market hall, and a bath house. Other notable squares are Cobbler's Square and the market squares at each of the seven gates. In addition to the Great Sept of Baelor, there are seven smaller septs, each devoted to one aspect of the seven.

The city has greatly disparate neighborhoods, from wealthy merchants and influential politicians in their manses near the Red Keep or the Sept of Baelor to the slums of Fleabottom on the south side of Rhaenys' Hill. The streets are often cobbled in wealthier districts of the city, but in poorer areas, the winding back alleys are a mixture of mud and sewage. Several small streams that once ran between the three hills of King's Landing have been turned into a labyrinth of sewers. The city is notorious for its stench, despite efforts by many kings and queens to improve the living conditions in the bustling capital.

The construction process began in the southern part of city, moved roughly counterclockwise. The city was divided in many diferent sections, where builders were able to work on houses that were later approved by moderators. There were also several mini-builds, places special, relevant or big enough to have an application needed before construction was approved.

The Dragonpit, Baelor's Sept and the Red Keep all had their separeted building process, to have the proper attention these huge and important locations need. Also, the sewer/underground building process happened in parallel of the rest of the city.

The city counts with an incredible number of 5201 unique houses, with 877 of those being located in the sprawl area. The top 5 builders by number of houses built are as following:

The city has an average of aproximate 4.5 beds per house, with more than 20 thousand beds in total.

A version of King's Landing was completed in 2012 as a server project led by Dutchguard, Marken4, Contra, NickShaiB, Whitefireneo, FlemishGuard, IwandeLarch, Feasting, and Sn0wst0rm. This version included all of the prominent structures, led by two moderators working together. The build was scheduled to last for two months, but took closer to half a year to complete. All of the houses were built and furnished by hand and the rough estimate is around 4,000 structures. The Red Keep was completed after five detailed tests. Although the city has been rebuilt with better textures and planning, many guests still enjoy visiting the old city, which was a massive achievement for the server at the time of completion. Interesting features include the Targaryen statues, the sewers, the graves on Visenya's hill, the tourney grounds, the Dragonpit, and of course the Red Keep complex and our original Iron Throne. Many locations can still be warped to (just add the word "old" to warp names) and the moderators plan on keeping the city on the server for posterity. Example of warps include: /warp kingslandingold, /warp redkeepold, /warp ironthroneold, /warp dragonpitold, /warp dragonsquareold, among others.

In may 2020 it was posted on the WesterosCraft Youtube channel a cinematic tour of the city: